The top 10 exporters and importers of soy in the world in 1995 and 2019 were identified by the World Trade Organization (WTO).

Although in 1995 the dominant exporter was the United States, which accounted for almost 75% of world exports, its share decreased to 37% in 2019 and was surpassed by Brazil.

Argentina ranked third in both years.

However, the increase in the value of Brazil’s soy exports was significantly higher during the same period (from $ 800 million to $ 26.1 billion).

The top 10 exporters accounted for almost 100% of world soybean exports in both years. 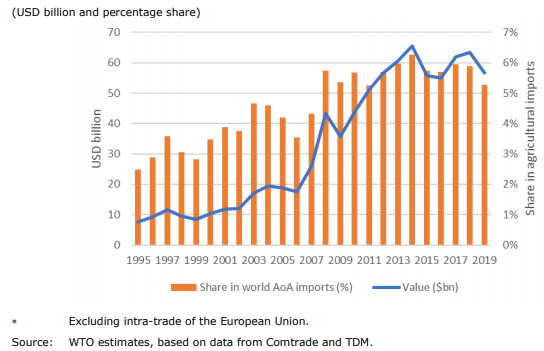