Televisa is a leading media company in the Spanish-speaking world, a major cable operator, an operator of a leading direct-to-home satellite pay television system, and a broadband provider in Mexico.

In general, Televisa distributes the content it produces through various transmission channels in Mexico and in more than 70 countries through 25 brands of pay television, television networks, cable operators and over-the-top services or “OTT ”.

In the United States, Televisa’s audiovisual content is distributed through Univision Communications Inc., the leading media company in the Hispanic market.

In addition, Televisa has capital and warrants that, when exercised, would represent approximately 36% on a fully diluted and converted basis of equity in Univision Holdings, Inc., Univision’s holding company.

Of the company‘s total external sales, 8,813 million pesos corresponded to licenses and distribution.

Another 1,160 million pesos corresponded to exports classified in income from subscription to the network.

The rest of the segments

Televisa owns a majority stake in Sky, a leading direct-to-home satellite pay television system and broadband provider in Mexico, which also operates in the Dominican Republic and Central America. 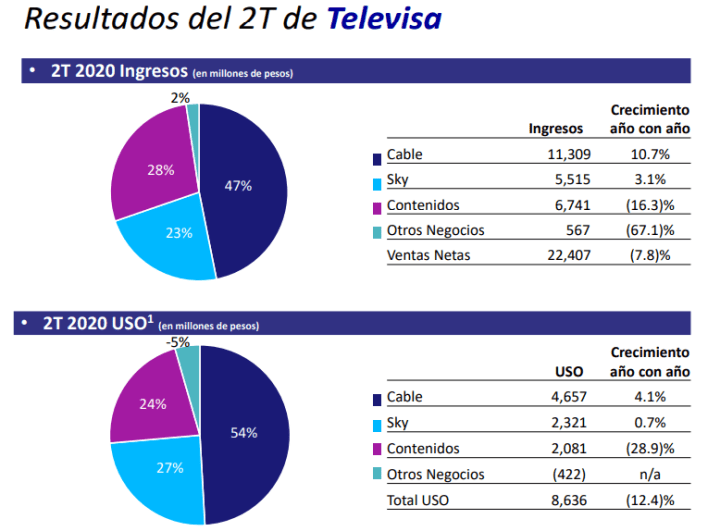