The Ministry of Economy will eliminate tariffs on imports of electric cars starting this Friday.

The measure was published this Thursday in the Official Gazette of the Federation (DOF).

The Ministry of Economy stated that in order to allow free competition and access to new clean technologies in transportation, it is important to facilitate consumer access to them and, in turn, help the national industry to observe the consumer preferences regarding the consumption of these motor vehicles without distortions in the market, for a period of little more than four years and thus, subsequently, direct a national industry of this type of motor vehicle. 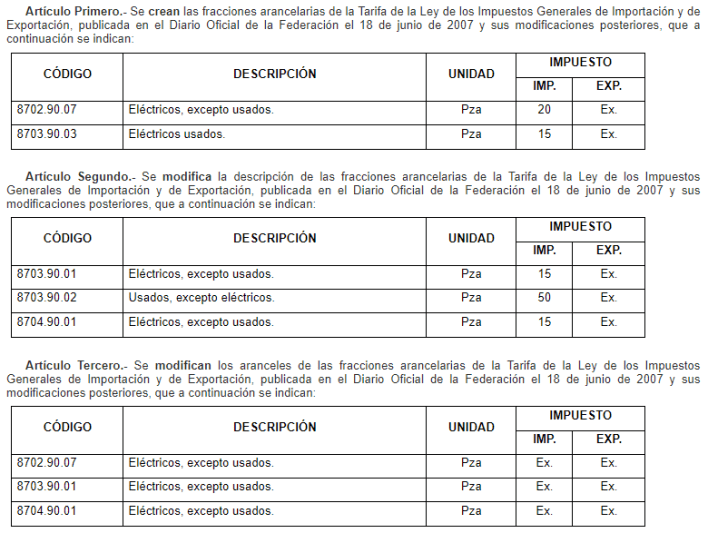