With the best infrastructure globally, Switzerland led the 2021 World Competitiveness Ranking, prepared by the Institute for Management Development (IMD).

Overall, Switzerland improved greatly in its economic performance compared to last year, when it ranked third, particularly in international investment and employment.

In addition, in government efficiency, the country shot to the top of the ranking in public finance and institutional framework.

On the one hand, Switzerland made progress in productivity and efficiency, the labor market, management practices, and managers’ attitudes and values, which are all components of business efficiency. 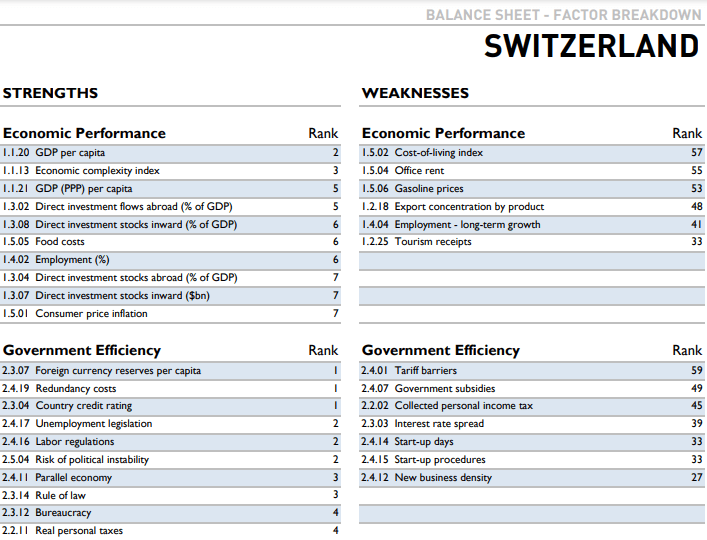 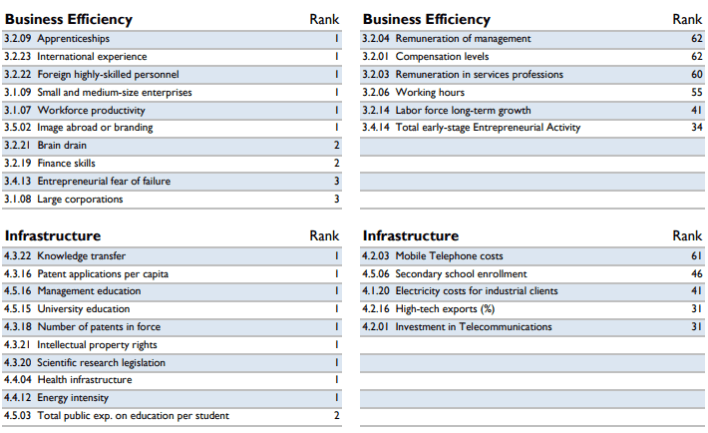 The country also achieved the first position in the ranking in infrastructure, reached the top in education and ranked third in health and environment, according to an IMD statement.

To cite a few examples, among the components of this pillar are:

Despite economic fluctuations and even possible recessions in countries in Europe, the ranking picks up on how these economies have the right pillars in place (reliable public and private sectors and a solid education) to generate prosperity over the next decade, according to with experts from the World Competitiveness Center.

The most competitive countries in the world in the 2021 ranking