The United States and China were placed as the largest buyers of Swiss watches in 2021, according to data from the Swiss Customs Administration.

Worldwide, Switzerland is the largest exporter of these items. 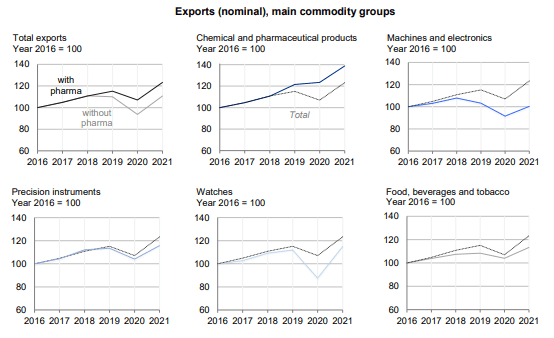 The current market for traditional watches can be divided into tiers ranging from low priced watches that are typically distributed through mass market channels to higher priced luxury watches that are typically distributed through fine watch departments of stores. luxury department stores or specialized luxury watches and fine jewelers.

Starting in July 2018, the Trump Administration announced a series of lists covering thousands of categories of products of Chinese origin subject to possible special tariffs from the United States of 10 to 25% of the import value, in addition to the regular tariffs that historically apply. have been applied to these products.

Some of the Movado Group company’s packaging products became subject to a special 10% tariff in the United States in September 2018, which was increased to 25% effective May 10, 2019.

Additionally, all Movado smartwatches were subject to a special 15% rate in the United States.

On September 1, 2019, and in a third-party ruling, the US Customs and Border Patrol (CBP) originally took the position that this special 15% US duty applies broadly to boxes and straps of Chinese origin in watches assembled in China and other countries.

CBP then revised its position to exclude cases of Chinese origin from the special fee, as long as the associated watch movement was not obtained in China.

Based on CBP’s current position, most straps used in the production of Movada’s heritage watches imported into the United States were subject to the 15% special tariff effective September 1, 2019, although the tariff rate was lowered. at 7.5% as of February 14, 2019.