Singapore‘s fleet reaches 2,861 vessels over 1,000 gross registered tonnes and is the fourth largest in the world, according to a report by the World Trade Organization (WTO).

In January 2020, Singapore’s fleet ranked only behind those of Greece, Japan and China.

The country is one of the major global and regional shipping hubs.

As a port hub, Singapore is a critical point in the global supply chain and the hub for relay transshipment and radio transshipment for major routes such as Europe, the Far East, Africa and India, and inter-Asian traffic.

In 2019, its registry ranked fifth in the world in terms of gross tonnage and its port ranked second in terms of container traffic dispatched.

Also Singapore is an important maritime center. The Singapore International Maritime Center has one of the highest concentrations of international shipping groups and offers a wide range of maritime services, including ocean brokerage, ship management, insurance services and legal services. 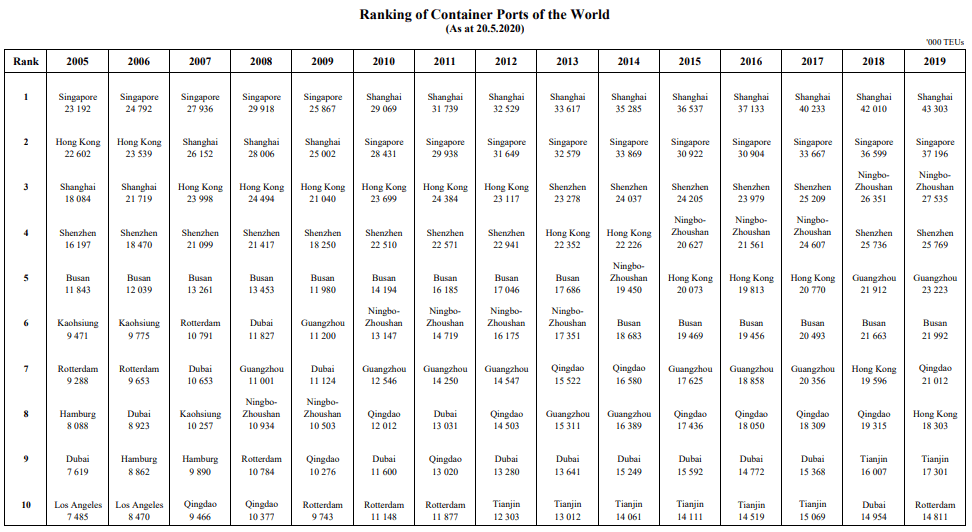 Thus, Singapore has one of the highest concentrations of international shipping groups worldwide.

One reason for this is that the Straits of Malacca and Singapore are important channels for the growing Asian routes.

To conclude, shipbuilding appears to be of little importance, but it is concentrated in high-value segments such as high-tech navigation equipment and offshore construction.