According to the World Trade Organization (WTO), the main feature of Singapore’s trade policy remains openness to trade and investment, at a time when the country’s trade (goods and services) almost quadrupled in volume of annual GDP.

In July, Singapore’s exports of both electronics and non-electronics grew.

The growth of non-electronic domestic exports outpaced the drop in electronic ones.

For several years now, government policy has focused on incentivizing economic restructuring to move from labor-intensive growth to one driven by innovation and productivity.

Since 2010, an incentive structure has been created to encourage investments in improving the skills of the workforce and in technologies that save labor.

On a year-over-year basis, total trade decreased 8.9% in July 2020, following the 7.0% decrease in the previous month. 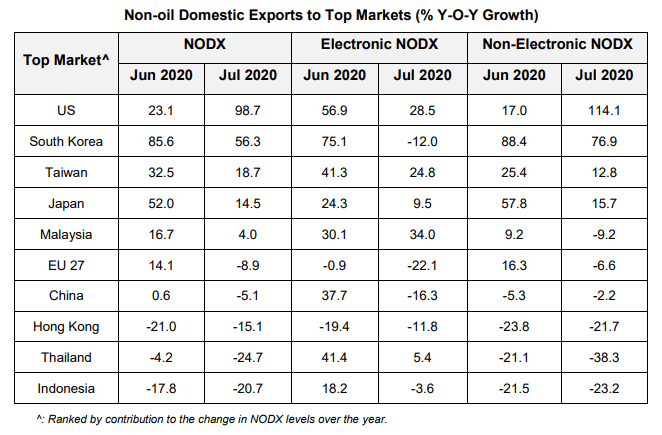 Singapore is a strong supporter of the rules-based multilateral trading system and a promoter of trade liberalization in the WTO. He has participated in plurilateral initiatives such as the expansion of the Information Technology Agreement.

Singapore was one of the first WTO Members to deposit its instrument of acceptance of the Agreement on Trade Facilitation.