All of them used its platform, geographically dispersed as follows: 55% in North America, 25% in Europe, the Middle East and Africa, 15% in Asia Pacific, Australia and China and 5% in Latin America (Mexico and South America).

Globally, its merchants represent a wide range of retailers and business sizes and no single merchant has ever accounted for more than 5% of its total revenue in a single reporting period. 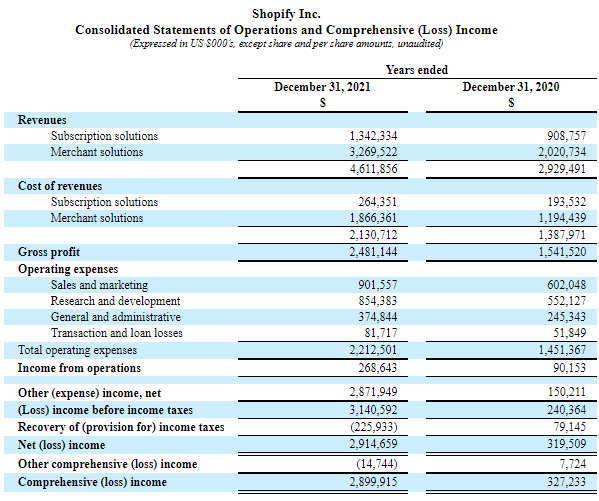 Shopify is a leading provider of Internet infrastructure for commerce, offering tools to start, grow, market, and manage a retail business of any size.

About itself, Shopify claims to improve commerce for everyone with a platform and services designed for simplicity and reliability, while providing a better shopping experience for consumers everywhere.

Among other services, the company offers pricing plans designed to meet the needs of its current and prospective merchants.

The company also sees this ability to retain merchants as they grow as an important factor in its success in serving the SME market.

Offered at an initial rate that is several times that of their Advanced plan, the Shopify Plus plan solves the complexity for merchants as they grow and scale globally by offering additional functionality and support, including features like Shopify Flow and Launchpad for eCommerce automation and dedicated account management where applicable.

Allbirds, Gymshark, Heinz, Tupperware, FTD, Netflix, and FIGS are among the 14,000+ Shopify Plus merchants who take advantage of their reliable, cost-effective, and scalable merchant solution.