In terms of customs control, during 2021, the Ministry of Finance and Public Credit (SHCP) of Mexico initiated 7,483 Administrative Procedures in Customs Matters (PAMAS) on imports, 3.8% below those carried out in the same period of 2020.

A PAMA is the set of acts provided for in the Customs Law, linked successively, with the purpose of determining the omitted contributions and, where appropriate, imposing the corresponding sanctions in matters of foreign trade, respecting the individual’s right to be heard at consider the evidence and arguments that claim to justify the legality of their actions. 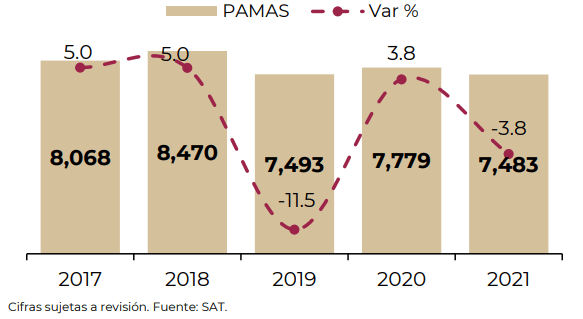 The SHCP said that the foregoing was derived from the effects on commercial activity due to the continuity of measures worldwide to address the health alert caused by the Covid-19 pandemic, in the process of review and control (cargo and passengers) in country customs.

Yet now, according to UNCTAD, the global economy is literally and metaphorically looking down the barrel of a gun.

Stopping the war in Ukraine, rebuilding its economy and achieving a lasting peace agreement must be the priorities.

But the international community will also have to grapple with the widespread economic damage that the conflict is already causing in many parts of the developing world; damage that will only intensify as the conflict persists.