The Ministry of Finance and Public Credit (SHCP) released the payment of participations to corresponding federal entities in the first half of 2020.

The entities that received the most resources were: State of Mexico, Mexico City, Jalisco, Veracruz and Nuevo León.

The participations in federal income and the incentives that are delivered to the federal entities and municipalities, are made through the following funds:

For analysis purposes, fiscal coordination can be defined as concertation in the exercise of tax powers between the different levels of government that make up a State.

In relation to Mexican Federalism, coordination is the set of actions whose purpose is to harmoniously order the tax powers and fiscal relations between the Federation and the Federal Entities.

Fiscal coordination, as an element of Mexican federalism, is regulated by the LCF, this regulatory instrument pursues the following objectives: 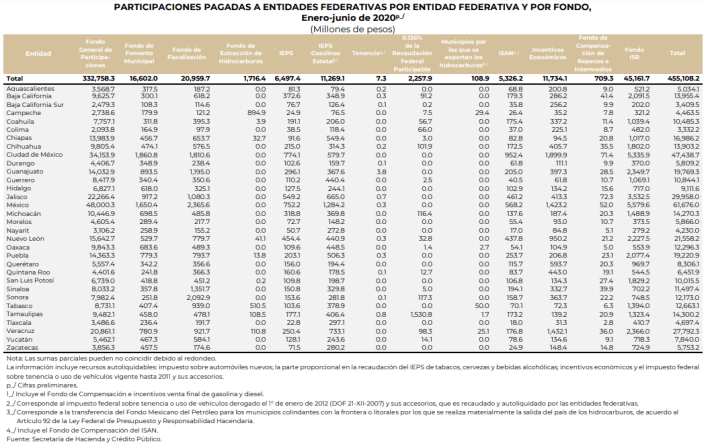 To meet these objectives, article 10 of the LCF establishes that the federal entities adhere to the National System of Fiscal Coordination (SNCF) through the signing of an agreement with the Ministry of Finance and Public Credit, which must be authorized or approved by state legislatures.

Said adhesion grants the federal entities, municipalities and territorial demarcations the right to participate in the total of federal taxes and other income that the law indicates. 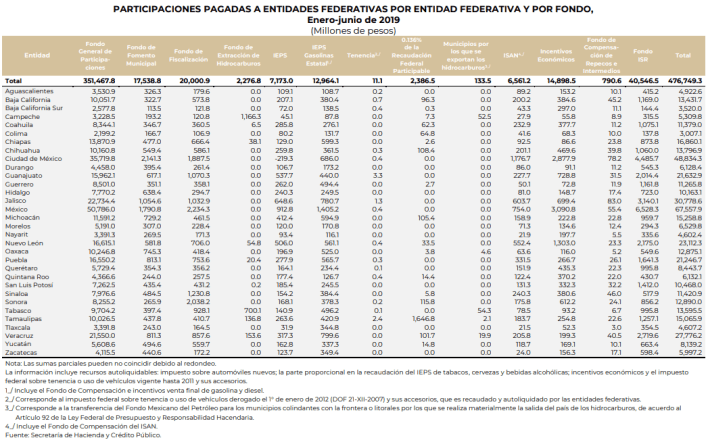 The SNCF seeks to solve the problem of tax competition, while harmonizing the tax systems in the three levels of government. Adherence to this system is carried out in a comprehensive manner, covering all the revenues of the federation.