The semiconductor shortage in the world affected the results of the auto parts company Nemak in the third quarter of 2021.

Total volume for the third quarter decreased 22.8% year-on-year, reflecting reductions in production by Nemak customers in all regions, as a result of semiconductor shortage.

Likewise, revenues for the third quarter of 2021 decreased 4.0% at an annual rate, while higher aluminum prices partially offset the effects of lower volume.

As a third aspect, the flow for the third quarter stood at 115 million dollars, 35.4% below that registered in the same period of the previous year, derived largely from the volume effects mentioned previously. 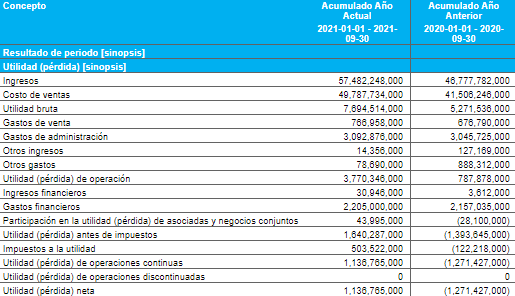 For its part, operating income for the third quarter totaled $ 28 million, compared to $ 178 million reported in the same period of the previous year.

In the third quarter, Nemak had a net loss of $ 29 million, compared to net income of $ 90 million in the same period last year.

This last result was attributed to the same factors that affected the operating income, in combination with the 35 million dollars of non-recurring financial expenses associated with the prepayment of the bonds placed during 2017 and 2018 and to exchange effects that did not imply exit of any cash.

Excluding these effects, the result for the year would have been slightly positive.

Finally, capital investments totaled $ 82 million in the third quarter of 2021, a large part of which was used to enable the launch of new products in the company’s VE/CE segment.

In his message to shareholders, Armando Tamez, CEO of Nemak, highlighted the following: “Our third quarter results were affected by the shortage of semiconductors in the world, which limited the production of light vehicles of our customers and, by hence, our volume compared to the previous year ”.

This decrease was mainly caused by the decrease in the production of light vehicles of Nemak customers, as a result of the semiconductor shortage, which had an impact on volume. 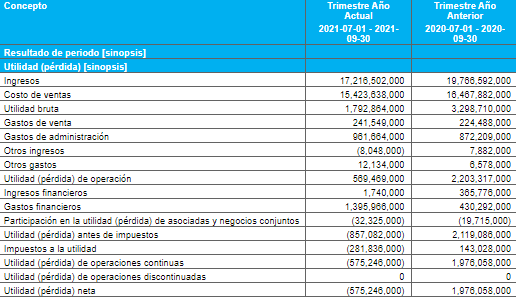 At the same time, these volume effects were partially offset by higher aluminum prices.

The decrease is mainly due to the volume effects mentioned above, which outweighed those of the rise in aluminum prices.

General expenses totaled 1,203 million pesos in the third quarter of the current year, 9.7% more at the interannual rate.

The operating profit for the third quarter was 569 million pesos, in contrast to the 2,203 million of the same quarter of last year. This decrease was mainly due to the effects of lower volume, derived from the shortage of semiconductors.

For its part, the company recorded an accumulated net profit of 1,137 million pesos, compared to a loss of 1,271 million pesos in the first nine months of 2020.