Although the index hovered near its all-time high in July, it has remained virtually flat since October 2020.

In this regard, the WTO exposed that Chinese port throughput slowed in the spring due to pandemic-related closures, but traffic picked up again after the relaxation of these measures.

The decline in China was partly offset by increased container handling at U.S. ports, which had previously experienced severe congestion. 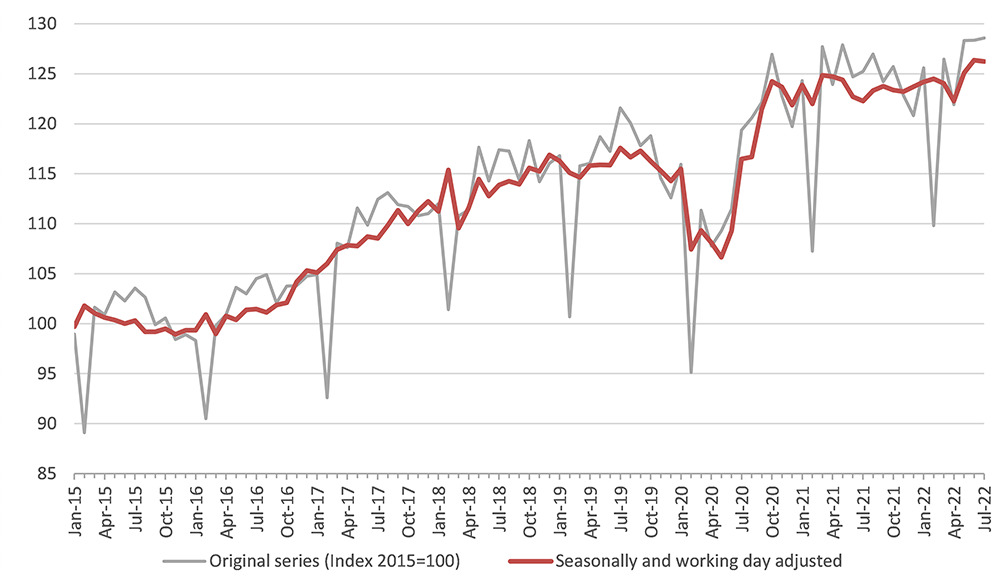 In general, the WTO tracks a number of indicators to identify current trends in merchandise trade and commercial services.

Others are presented below to provide additional context to the forecasts.

J.P. Morgan aggregates PMIs from more than 40 countries into an overall manufacturing PMI, with values above 50 indicating expansion and below 50 denoting contraction.

The overall PMI index fell in August to its lowest level in 26 months, 50.3, just above the 50 threshold value that separates expansion from contraction.

This suggests that global manufacturing activity has stagnated, and that trade in goods will continue to slow in the coming months.

Other PMI sub-indices shed light on the state of global supply chains. An index representing input prices fell from 71.6 in April to 61.1 in August.

Another index of final goods prices fell from 63.8 to 56.7 in the same period.

Taken together, according to the WTO, these data suggest that inflationary pressures, while still elevated, may have peaked.

A few months ago, these data would have been seen as positive signs that supply chain pressures were easing, but today they may indicate that global demand is weakening.