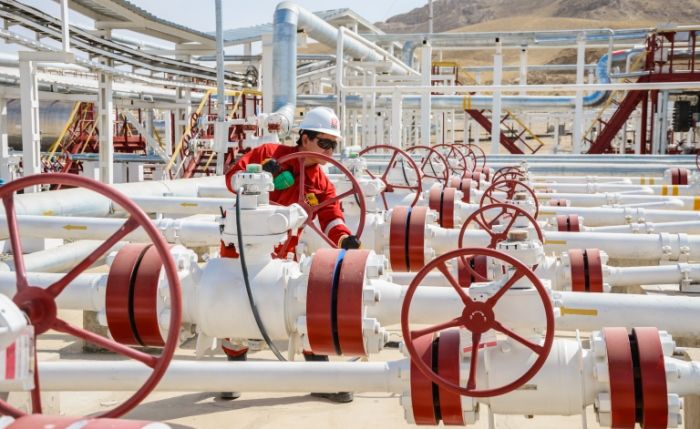 Russian gas exports to the European Union dropped significantly, and in the last week of June 2022 stood at 35% of their previous year’s level, a report released by the European Central Bank (ECB) indicated.

Around the turn of the year, Russian gas flows through pipelines running through Central and Eastern Europe declined substantially against the backdrop of tensions with Ukraine.

After the outbreak of the war, they remained volatile until, recently, the flow of this fuel to Bulgaria, Denmark, Finland, Lithuania, the Netherlands and Poland was completely cut off and partial supply cuts or voluntary reductions occurred in the cases of Austria, the Czech Republic, France, Germany, Italy and Slovakia. 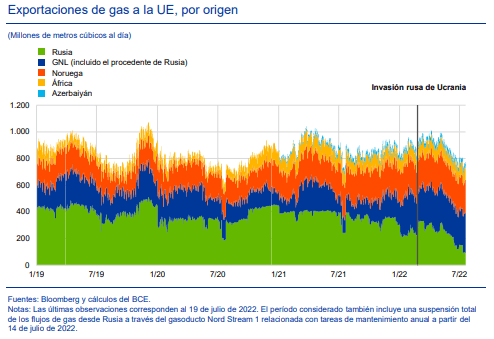 As a result, the ECB added, total EU imports of gas from Russia in the last week of June were down 65% year-on-year.

Increased imports of liquefied natural gas (LNG) and non-Russian pipeline gas shipments partially offset this reduction, but risks to gas supplies to the EU remain, as the level of EU gas storage in early July was below the 2015-2020 average.

As for Russian gas, it is being diverted to Asian routes.

Also, the ECB exposed that seaborne exports of agricultural raw materials originating from Russia declined at the beginning of the invasion, while those from Ukraine have come to a standstill.

On a global scale, Russia and Ukraine together accounted for 24% of wheat exports and 14% of corn exports in 2021.

Since the war began, Russian wheat exports by sea have experienced significant volatility, reflecting logistical disruptions in transportation, but also a countermeasure by Russia, which temporarily restricted its exports of some agri-food raw materials to former Soviet Union countries belonging to the Eurasian Economic Union to ensure food security in the Russian Federation.

At the end of June, Russia’s weekly seaborne wheat exports stood at 40% of the previous year’s level, against the backdrop of a redirection of more shipments to Egypt and Turkey.

Until recently, grain shipments from Ukraine have been paralyzed by the total blockade of Black Sea ports, heightening concerns about global food security.

However, in order to help reduce this pressure on a global scale, Ukraine and Russia have reached an agreement to establish a secure sea corridor for grain shipments from Ukrainian ports that should significantly ease food security concerns for emerging economies.