The risks in China‘s financial system remain high despite the strong recovery of its economy from the Covid-19 pandemic and the modest and specific use of monetary stimulus, concludes an analysis published by the Reserve Bank of Australia (RBA).

These risks will continue to shape its economic management in the coming years, with implications for growth and, in turn, the financial conditions of the world economy. 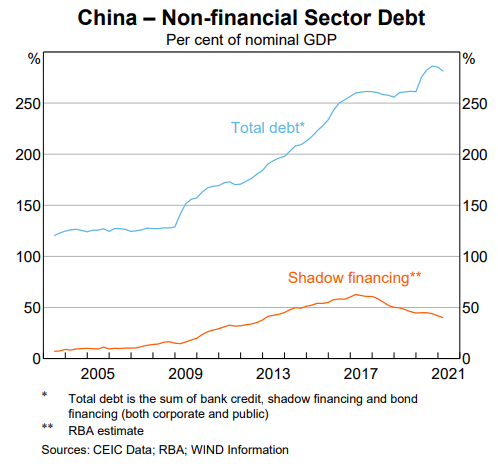 While China has been largely integrated with the world trading system, its integration with world capital markets is still in a formative stage.

But they note that it is not clear to what extent and how quickly China will open up even more to international capital flows.

“The history of other economies suggests that caution should be exercised,” the authors added.

However, China’s sheer size means that any progress will make it that much more important to the global financial system.

While the scale and nature of this change is difficult to predict, its importance can be illustrated by looking at what would happen if China’s stock of portfolio positions (both domestic and foreign investments) reached 70% of GDP, half that of from the United States or Australia, but similar to South Korea.

In that case, China would account for around 8% of global portfolio investment, third behind the euro area and the United States (and compared to 1% today).

“That big rebalancing could affect asset prices and financial conditions differently between regions and markets. If it’s a gradual process, it can be relatively manageable,” they say. 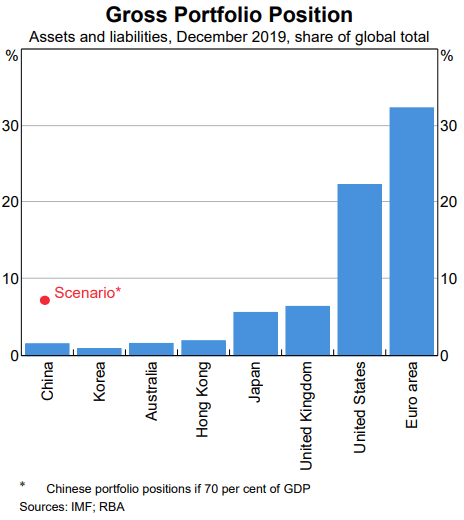 In the end, they argue, the renminbi could become a more widely used international currency, especially in Asia.

Over time, financial conditions in Australia are likely to be increasingly influenced by the news in Shanghai and Shenzhen, along with New York and London.