The Ministry of Communications and Transportation (SCT) set three objectives to increase cargo movement in the Port of Dos Bocas, in Mexico.

To begin with, API Dos Bocas, under the terms of its concession, is in charge of managing the areas and facilities of the Port Complex, it monitors and supervises the proper use of the facilities and their efficient operation, for which it has formed a port community composed mainly of Assignees, Authorities and Providers of Port and Related Services.

The state of Tabasco and the maritime area located off its coastline constitute the main area of ​​influence of the port of Dos Bocas.

Above all, this area of ​​the Gulf of Mexico is characterized by the great importance of the oil activity carried out in the coastal areas and in the maritime zones located in front of them.

According to the SCT, having modern and cutting-edge infrastructure within the National Port System, incorporated into the logistics platforms, will maintain competitive operating costs, improve security and promote economic and social development at the national and regional levels.

As a consequence of the consolidation of the infrastructure and port logistics transport service systems, in support of the productive activities of the region, the access and transfer of products to other regions of the country and to international markets can be improved.

Currently, the predominant cargo, such as oil and cargo for supplying platforms, is of local origin, that is, most of it is from the state of Tabasco, and with minority participation of some other states of the country, in the case of the second segment.

The case of sugar also has its origin in the state, and is complemented by the state of Chiapas and Campeche when required.

As for the loads it receives, such as fuels and asphalt, as well as some general cargo such as machinery or spare parts, its main destination is the southeast of the country. 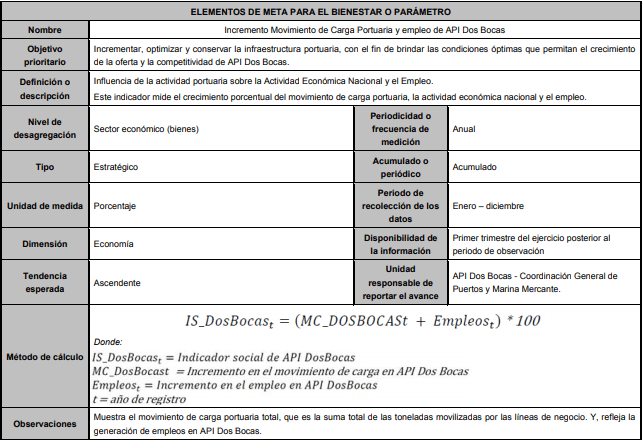 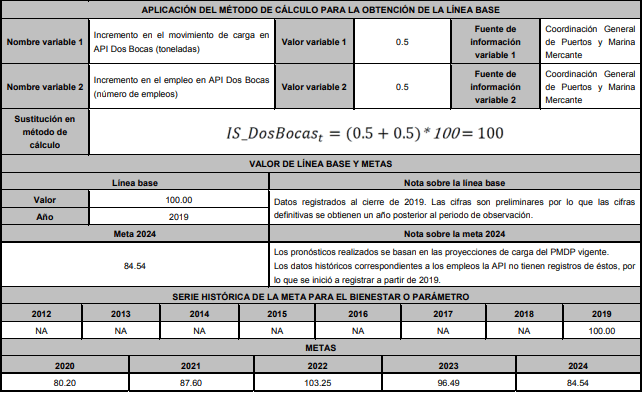