The company is the largest in Mexico and ranked as the 10th largest producer of crude oil and the 20th largest oil and gas company in the world based on 2018 data.

To strengthen this brand, the company presented in 2018 an optional redesign for service stations. At the end of 2019, 345 service stations had been redesigned and more than 665 are in the process of being redesigned. 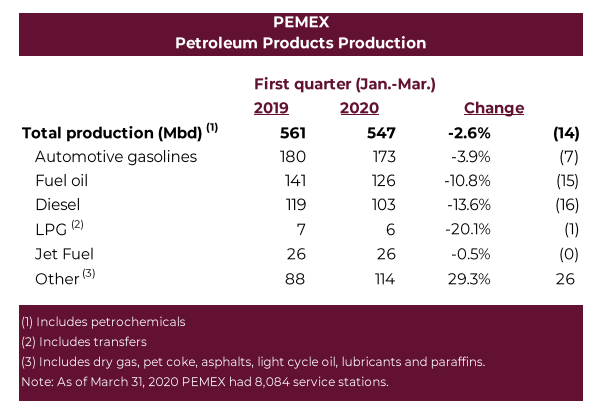 Likewise, at the end of 2019, there were 8,593 retail service stations in Mexico, of which 8,548 were privately owned and operated as franchises, while the remaining 45 were owned by Pemex Industrial Transformation.

The decrease was mainly due to increased competition in the open market.

The decrease in the number of commercialization contracts is mainly due to the greater concentration of the volume of clients in each contract as a result of new commercial contract models. 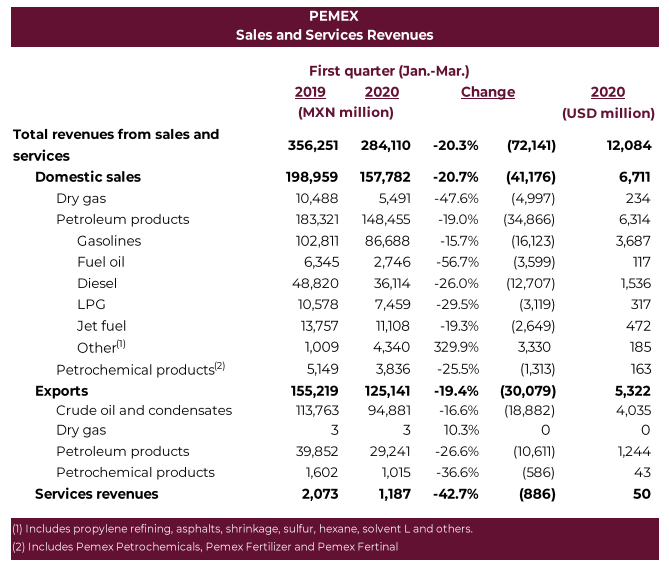 These 6,432 contracts include 20 of the largest high volume retail and distribution clients in the entire country.

Of these service stations, 568 operate under a sub-license of Pemex brands and 2,424 use third-party brands.

As a result, Pemex is working to counter this by opening new service stations under its franchise model and strengthening the Pemex brand among its existing service stations.

Despite the aggressive competitive environment and its relatively limited marketing investment, Pemex maintained approximately 77% of the market share with its franchised and sub-licensed Pemex service stations by the end of December 2019.