The World Trade Organization (WTO) reported that there was a significant recomposition of Panama‘s exports between 2013 and 2020.

Indeed, Panama’s exports went from being dominated by agricultural and food products to depending above all on mining exports, copper, more precisely, non-existent until 2019 and which came to represent 56% of the total exported in 2020. 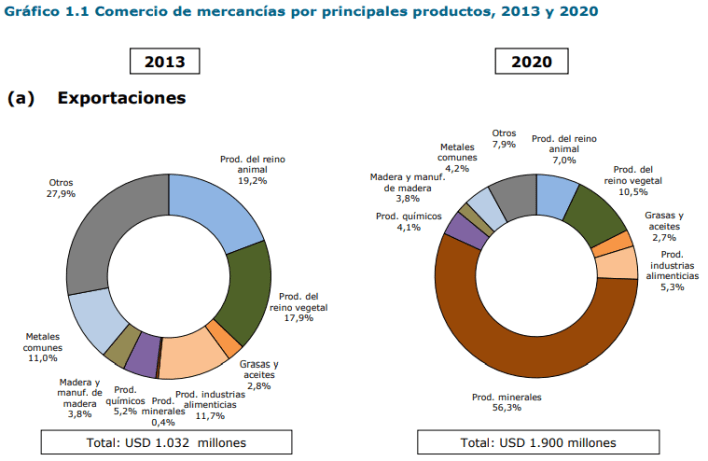 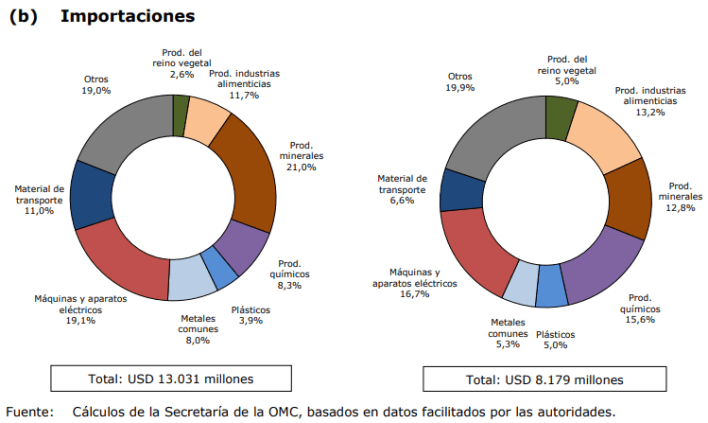 Meanwhile, according to a WTO report, the contribution of manufacturing exports (Chapters 25 to 97 of the Harmonized System) was around 20 percent.

In contrast, Panamanian imports consist mainly of manufactured products (including those from agribusiness), which accounted for about 78% of imports in 2020.

International trade is of great importance to the Panamanian economy.

Thus, the sum of Panama’s exports and imports of goods and services represented 82% of GDP in 2019.

The structure of merchandise trade in Panama is particular, since it is necessary to distinguish between trade within the Panamanian customs territory itself and trade carried out through the Colon Free Zone (ZLC), due to the great weight that this Last in total trade figures.

In particular, the ZLC is responsible for about three quarters of the value of the country’s total merchandise trade.

Merchandise trade flows were greatly affected by the Covid-19 pandemic, which caused a very sharp drop in both imports and non-mining exports.

The value of exports showed a sustained drop between 2013 and 2018, to then rebound in 2019 and increase in 2020 as a result of the substantial increase in copper exports, which became the main export product.