Grupo Aeroportuario del Centro Norte (OMA) reported this Wednesday that the number of total passengers (terminal passengers) transported in its 13 airports during the month of December 2020 decreased 41.5% compared to what was registered in the same period of 2019.

OMA operates and manages 13 international airports within nine states in the central and northern region of Mexico, located in the cities of: Monterrey, the third largest metropolitan center in Mexico; Acapulco, Mazatlán and Zihuatanejo, important tourist destinations; as well as in nine other regional centers and border cities.

OMA also manages the NH Collection Hotel inside Terminal 2 of the Mexico City Airport and the Hilton Garden Inn Hotel at the Monterrey Airport.

In total, the company employs more than 1,000 people to offer passengers and customers airport and commercial services at its facilities. 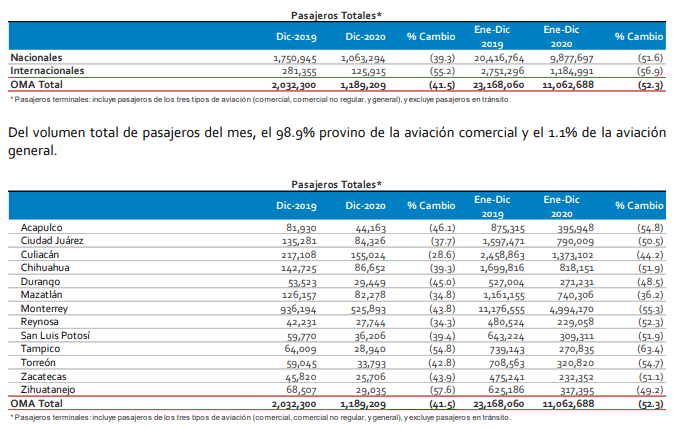 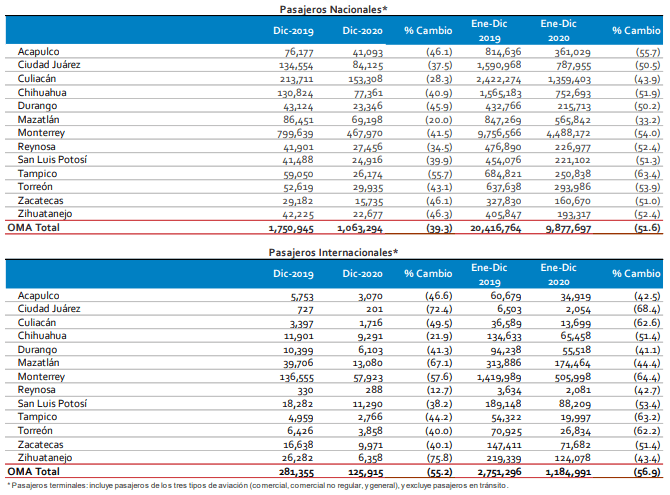