Nissan reported that it uses renewable energy in automotive production plants in the United Kingdom, China, Mexico, India and Egypt.

In general, the company adopts three approaches to promote the adoption and integration of renewable energy according to the characteristics of the region:

As an example of the former approach, its Sunderland, UK plant introduced 10 wind turbines supplying up to 6.6 MW of power. 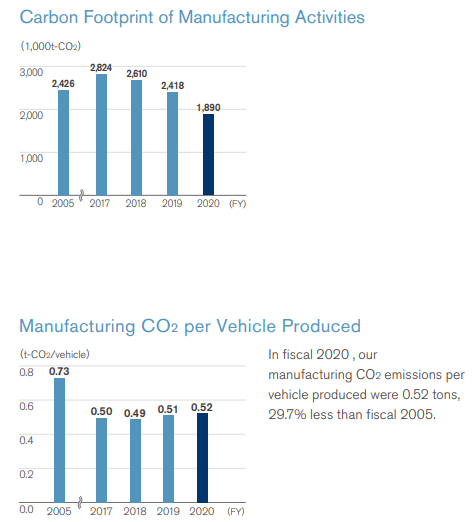 For its part, in its lwaki plant, the guest room for plant visitors is powered by solar energy.

At the Huadu plant of Dongfeng Nissan Passenger Vehicle (DFL-PV) in China, solar panels with a total capacity of 30 MW have been in operation since 2017, providing approximately 8% of the electricity used at the plant.

Regarding the second approach, its first Plant in Aguascalientes, Mexico, actively uses energy generated from biomass gas and wind energy and has achieved a renewable energy use rate of 50% since 2013.

Since June 2020, Nissan has further expanded the renewable energy use rate to reach 70 percent.

Through these efforts, the company has improved the rate of use of renewable energy in its production plants as part of reducing CO2 emissions.

In fiscal 2020, its renewable energy use rate reached 10.5 percent.