Nissan increased its sales of light vehicles in Mexico at a year-on-year rate of 14.5% from January to September, in line with the general growth of the Mexican automotive market (14.1%), Inegi reported this Wednesday.

Overall, the OECD estimates that private consumption will gradually strengthen in Mexico, helped by remittances and the deployment of vaccines.

Although inflation rose in the first half of 2021 due to a low base effect and rising energy prices, the OECD expects it to decline amid large available capacity.

At the same time, poverty, inequalities and gender gaps have widened again due to the pandemic. 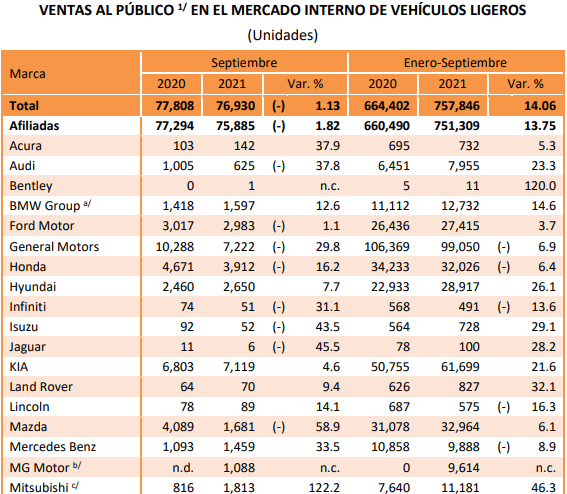 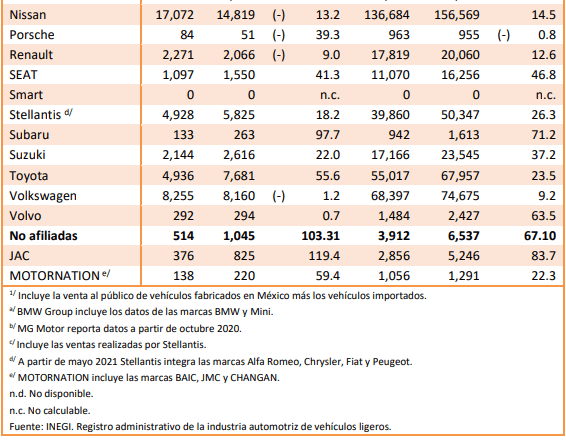 In this environment, the Mexican automotive market (sale of light vehicles) reached 757,846 units in the first nine months of this year, an increase of 14.1% year-on-year.

In the second quarter of the year, economic activity accelerated its pace of recovery in Mexico.

However, heterogeneity prevailed between the different productive sectors.

According to the Bank of Mexico (Baxico), advances in the vaccination process have allowed the recovery of services, while secondary activities have slowed down, particularly construction and manufacturing.

In the latter, the scarcity of supplies and logistics problems stand out, especially in the automotive sector. Banxico expects the gradual recovery to continue during the rest of the year, although uncertainty remains about the evolution of the pandemic and its effects on the economy.

At a global level, the shortage of some inputs and bottlenecks in supply chains have also caused some effects on industrial activity, particularly in the automotive and electronic products sectors.