The economic impact of mining in Mexico must be understood from the tangible benefits it leaves on local, regional and even national economies.

The main mining indicators that allow quantifying and calculating these benefits have to do with salaries, purchases from suppliers and payment of taxes.

According to the Mexican Mining Chamber (Camimex), the economic benefit of mining in Mexico amounted to 190,410 million pesos in 2019.

The mining sector is one of the few industries that create jobs regardless of the level of economic development and infrastructure of the areas where it is developed, since it even contributes to generating that infrastructure, thereby participating decisively in local and regional development. , rooting populations in areas with few economic alternatives.

Mining generates jobs through both the jobs that report directly to economic units (direct jobs), as well as contractors and suppliers of products and services to them (indirect jobs), among others generated by the spill on businesses local.

Camimex groups together a total of 123 operating units that have a presence in 696 communities belonging to 212 municipalities of 24 entities of the Mexican Republic and that represent 90% of the value of the mining that operates in Mexico. 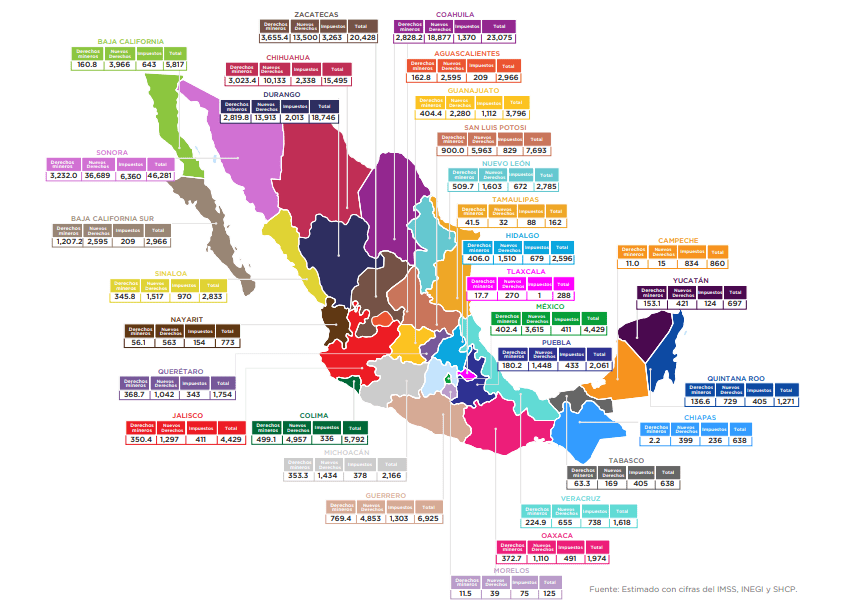 With data from the Mexican Institute of Social Security (IMSS), at the end of 2019, 379,093 direct jobs were registered in the mining industry, generating a total of 2 million 653,000 jobs between direct and indirect.