In that month, the average price of the Mexican crude oil export mix stood at 36.75 dollars per barrel, a figure 1.31 dollars lower than the previous month and 13.85 dollars compared to October 2019.

The Hydrocarbons Law and the Hydrocarbons Revenue Law regulate activities ranging from exploration, extraction, and refining to the distribution, storage, sale, and marketing of hydrocarbons (including oil exports) and allow Mexican and non-Mexican investors to participate in the bidding process for oil and gas exploration, production and transportation.

These laws allow the government to assign oil and gas exploration and extraction activities to private oil and gas companies, in addition to Pemex, which was reorganized into a productive state entity through the constitutional energy reform approved in 2013. 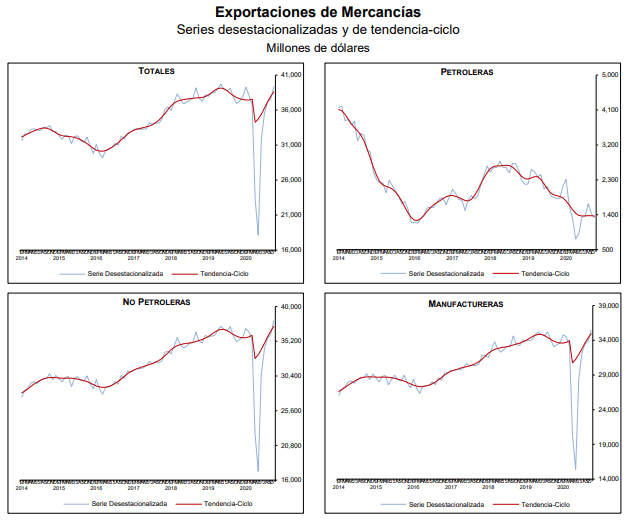 Pemex continues to be the largest player in the industry.

Oil exports represent one of the main revenues of the federal government of Mexico.