Mexico’s GDP registered an increase of 12.1% in real terms in the July-September 2020 quarter compared to the previous quarter, with figures adjusted for seasonality, Inegi reported on Thursday.

Overall, the global Covid-19 outbreak and public health measures to mitigate it are having a material adverse impact on the economy of Mexico and the world. The scope, magnitude, and duration of the impact in Mexico cannot yet be determined.

These public health measures, and the consequences of similar measures in other countries, have had significant adverse effects on Mexico’s GDP.

In addition, the Covid-19 crisis has contributed to world oil and gas prices being much lower and volatile, affecting Mexico’s GDP and Pemex’s financial situation.

By components, Mexico’s GDP of Secondary Activities advanced 21.7%, Tertiary 8.8% and Primary 8% in the third quarter of the current year compared to the previous quarter. 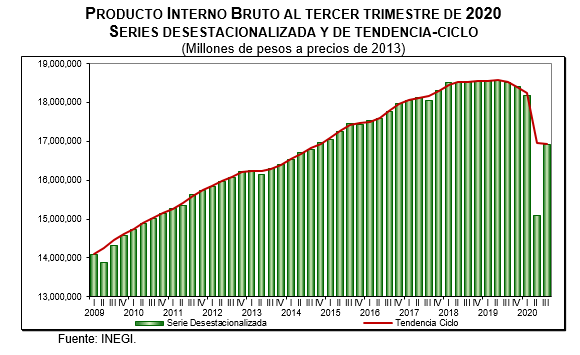 In its annual comparison, Mexico’s GDP had a real decline of 8.6% in the quarter in question.

On October 5, 2020, the Government and the Business Coordinating Council (CCE) formalized the Agreement for Economic Reactivation, which includes a set of actions and infrastructure projects financed with private capital.

The agreement includes 39 projects in the communications, transportation, energy, water and environment sectors, which translates into a total investment of 297,340 million pesos.

The actions included in this agreement are: the use of the Agreement between Mexico, the United States and Canada (T-MEC) to develop competitive national suppliers, attract investment and increase exports to the east coast of the United States, among other things, and the promotion of tourism, which includes the maintenance of roads, passenger trains, the rehabilitation and construction of airports, and the strengthening of public safety. 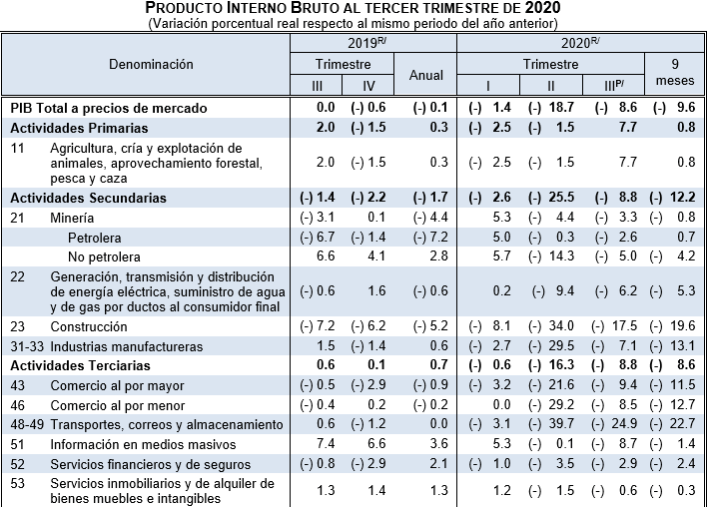 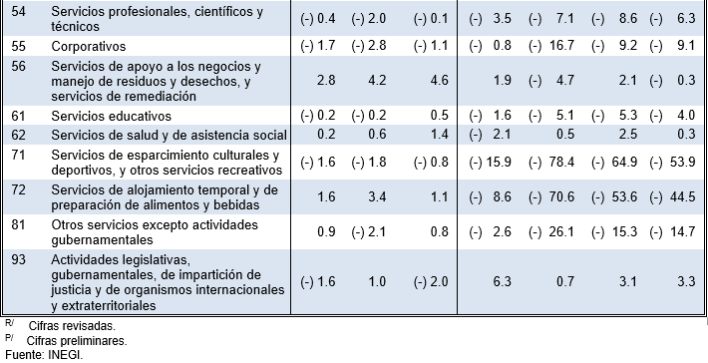