Mexico‘s imports and exports of products slowed down in July 2022, although they maintained double-digit growth, Inegi reported.

Mexico has a large number of free trade agreements with trading partners around the world. 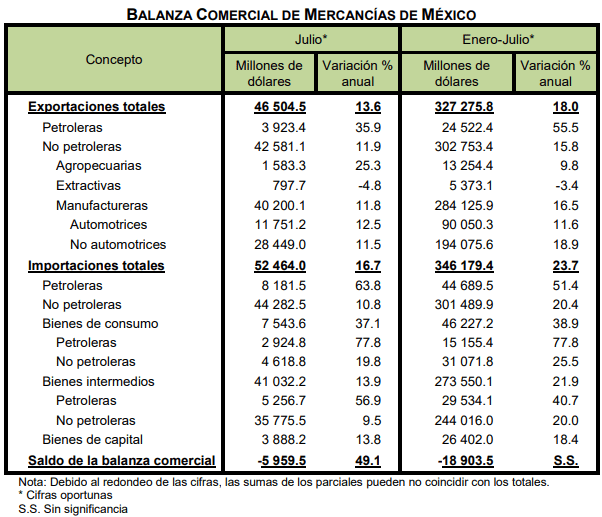 Actions that have been or may be taken by the U.S. administration on trade, tariffs and immigration may affect economic and other conditions in Mexico, such as exchange rates, interest rates, inflation, foreign direct investment and foreign relations.

In addition, the National Trade Facilitation Committee began operating on March 16, 2021 and aims to facilitate coordination between agencies, entities of the Federal Public Administration and autonomous constitutional bodies involved in the regulation of programs related to foreign trade, in order to help Mexico comply with the international commitments of the World Trade Organization’s Trade Facilitation Agreement.