While Mexico‘s current account in the third quarter of 2022 showed a deficit of 5.505 billion dollars, the capital account was in deficit by 53 million dollars, informed Banxico.

As a proportion of GDP, in the third quarter of 2022 the current account deficit stood at 1.6%, higher than the deficit of 1.4% of GDP recorded in the same period of 2021.

Current Account of the Balance of Payments (Millions of dollars). 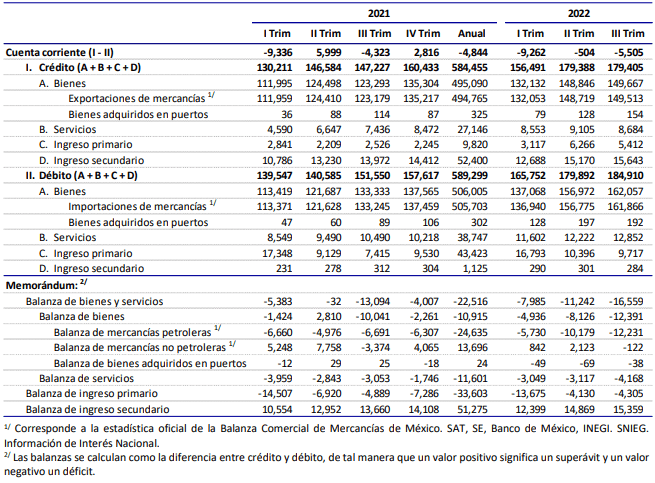 On the other hand, the negative balance of US$4,168 million in the services balance was the result of credits of US$8,684 million and debits of US$12,852 million.