Mexico and the United Kingdom agreed to bilaterally extend the benefits that both are granted under the FTA EU-MX framework, once Brexit begins on January 1, 2021.

“We are aware that this Agreement was achieved in a highly complex scenario, marked both by the so-called Brexit process, as well as by the global effects derived from the COVID-19 pandemic,” said Graciela Márquez, Secretary of Economy, on Tuesday. a virtual event this Tuesday.

Merchandise trade between the two nations is free of tariffs under the Free Trade Agreement between the European Union and Mexico (FTA EU-MX), in force since June 1, 2000.

But with the departure of the United Kingdom from the European Union (Brexit), these tariff advantages would be lost, with the consequent possibility that the United Kingdom could increase its tariffs to a maximum average of 4.8%, which in a disaggregated form would correspond to 10.9% for agricultural products and 3.9% for non-agricultural products.

The same could happen in the opposite direction, Mexico would have the right to increase its tariffs to an average of 36.2%, that is, 45% for agricultural goods and 34.8% for non-agricultural goods. In practice, Mexico applies a simple average tariff of 7 percent. 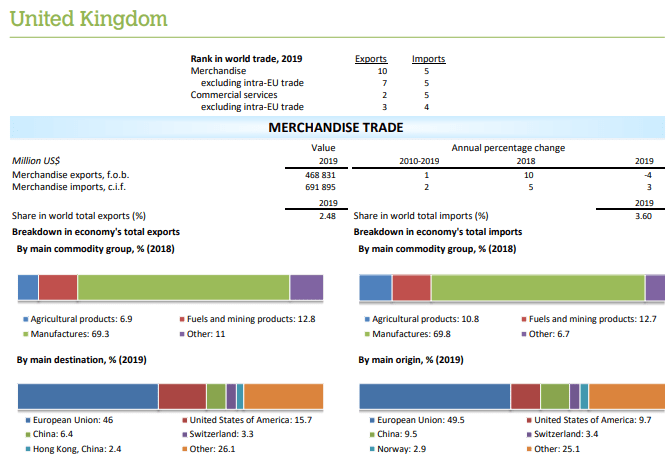 “In this sense, the successful conclusion must be considered a reliable sign of the interest of our nations to strengthen the ties of friendship and the close economic relationship. But also as a sign of the commitment we have with our citizens by promoting tools that will allow us to overcome the economic and productive challenges posed by the health situation,” added Márquez.

Signed this Tuesday, the Agreement maintains the quotas and the accumulation and productive integration schemes existing in the current FTA EU-MX for the next three years.

These will be reviewed and updated according to the needs of the bilateral relationship in the Agreement that both countries will begin to negotiate next year.