The region’s export dynamism in the medical devices sector is almost entirely explained by the performance of Mexico, Costa Rica and, to a lesser extent, the Dominican Republic, according to a report by the Economic Commission for Latin America and the Caribbean (Cepal).

These three countries accounted for 94% of the total value of shipments between 2018 and 2020. 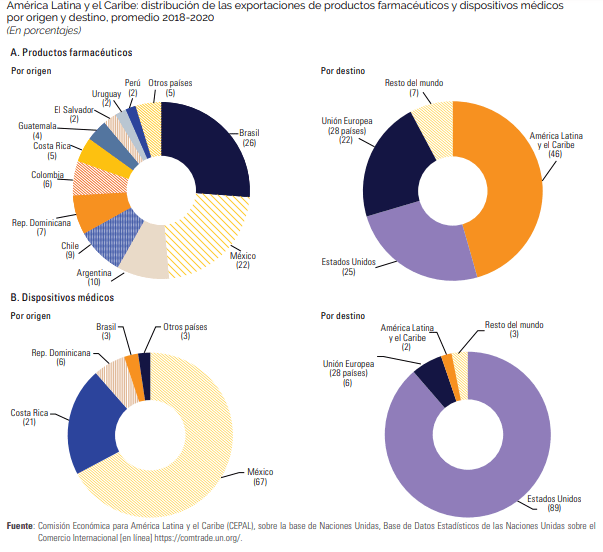 Medical devices are manufactured, marketed and sold throughout the world.

Above all, the exports of Mexico, Costa Rica and the Dominican Republic come from transnational companies that have established manufacturing plants in them and that use abundant imported inputs.

While in 2020, 89% of regional exports of medical devices went to the United States, just 2% went to the region itself.

For ECLAC, this highlights that the presence of important production centers of transnational companies does not necessarily guarantee regional productive autonomy, since decisions about the destination of this production are made in the headquarters of said companies.

In 2020, the main providers of medical devices in the region were the United States and China, with very similar shares: 33 and 32%, respectively.

In the framework of the pandemic, China‘s share of regional purchases more than doubled in just one year, from 14 percent in 2019.

Only 4% of regional imports in 2020 came from the region itself. Regional exports of medical devices show a high concentration by products.

The two main exported products (instruments and appliances not covered elsewhere, and syringes, needles, catheters and similar products) accounted for 62% of the total value of shipments in 2019.

The region’s export profile is concentrated in low and medium complexity products, and there is a deficit in the segment of high technology intensity products.