The Ministry of Economy of Mexico will promote the participation of high-tech manufacturing exports as a proportion of Gross Domestic Product (GDP).

This is a goal set in the Sectorial Program of Economy 2020-2024, published last week in the Official Gazette of the Federation (DOF).

The indicator measures total exports of high-technology products highly intensive in research and development, such as products from the aerospace, computer, pharmaceutical, scientific instrument and electrical machinery industries, as a proportion of GDP. 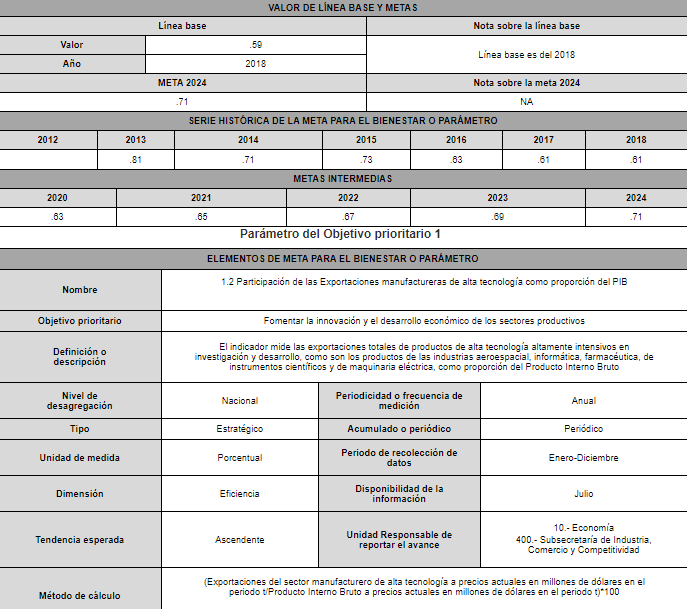 Although free trade agreements have allowed access to new export markets and the consolidation of preferential entry in others, it also induced an industrial movement that particularly benefited the states in the northern region of the country.

Statistics show a strong participation of Mexico in manufacturing exports compared to other groups of industries such as agriculture, extractive and oil.

As a result of the accumulation of productive capacities in the manufacturing sector, Mexico has managed to join the Global Value Chains (GVCs).

According to the Global Manufacturing Export Value Added (VAEMG) calculated by the Inegi, the share with global manufacturing increased, in the period from 2003 to 2017, from 38.6% to 45.7% and the contribution in the production of the Total manufacturing went from 14.3 to 19.3 percent.