Maritime Transport is an essential element of world trade and economy and is therefore highly globalized.

In particular, the European Union transports 77% of foreign trade and 35% of intra-community trade, according to the European Maritime Safety Agency (EMSA).

Although the sector brings important economic and social benefits to the European Union (EU), it also has an impact on the environment and the health of the citizens of the region.

In 2019, flagged vessels in EU member states made up almost a fifth of the total world fleet in deadweight tonnage, a measure of cargo capacity. 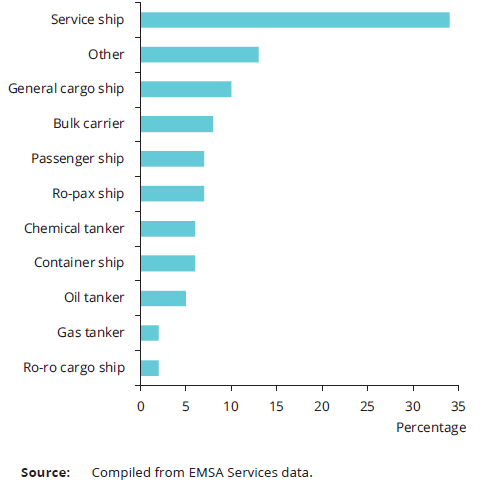 More than a third of vessels engaged in international trade are owned by individuals and companies registered in the EU.

Meanwhile, the most frequent types of EU-flagged ships are bulk carriers, oil tankers and container ships, which account for more than 80 percent.

Half of all EU-flagged ships are under 15 years old, with bulk carriers and tankers being the youngest (average age 9.5 years).

Also EMSA data shows that almost a quarter of the vessels registered under the flag of an EU Member State are over 30 years old.

The EU shipbuilding industry is relatively small, accounting for less than 4% of ships built per gross tonnage in 2019.

In 2019, almost half of the maritime traffic (i.e. ships docking in port) in the EU came from ships dedicated exclusively to domestic routes and voyages, mainly due to frequent crossings by passenger ships / freight ferries. and download.

Indeed, safeguarding the health and well-being of citizens and the environment is a key EU prerogative and objective, underlined by the European Green Deal and existing EU environmental laws, which, among other things, have as aim to reduce, prevent and remediate air, ocean, freshwater and soil pollution.

Given the global nature of shipping and the fact that pollution crosses borders and regions, addressing the environmental impact of shipping requires further action at the international level, in accordance with the Paris Agreement on Climate Change and the 2030 Agenda for sustainable development.

EU ports handled close to 4 billion tonnes of goods, which represents around half of all goods by weight traded between the EU-27 and the UK, and the rest of the world.

These figures are expected to decrease slightly in 2020 due to the Covid-19 pandemic, in which, during the first half of the year, the number of ships calling at EU ports fell between 14.4 and 29%, in compared to the same period in 2019.

Finally, maritime transport is important for passenger transport, with 437 million people embarking (or disembarking) at EU ports in 2018. More than half of all calls at EU ports are made on cruise ships.