In the same way, imports fell 12.0%, due to the fact that import prices presented a decrease of 3.1 percent.

Mobility and social interaction activities fell in Spain, weakening economic activity in the last months of the year.

However, GDP growth in the fourth quarter remained in positive territory, at 0.4%, despite the fact that the components of domestic demand strongly reduced their growth rate.

The short-term prospects for 2021 are clouded by the increase in infection rates in the first weeks of the year and the more restrictive measures put in place by most of the Spanish regions.

Thus, according to the perspectives of the European Commission, private consumption and investment in Spain is expected to fall in the first quarter before recovering slightly in the second.

As the vaccination process advances and restrictions are phased out, economic activity should recover strongly, driven by the materialization of pent-up demand during the second half of 2021.

As a result, the household saving rate is expected to decline.

Also, according to European Union estimates, investment will recover, driven by improved expectations about the economy and less uncertainty.

A smooth recovery in international tourism should result in faster export growth than imports and a positive contribution to the growth of net Spanish exports in 2021.

Compared with other geographical areas, Spain’s goods exports fell 10.0% year-on-year in the January-December 2020 period, a decline higher than that achieved by the euro area (-9.1%) and the European Union (-8.3 percent). 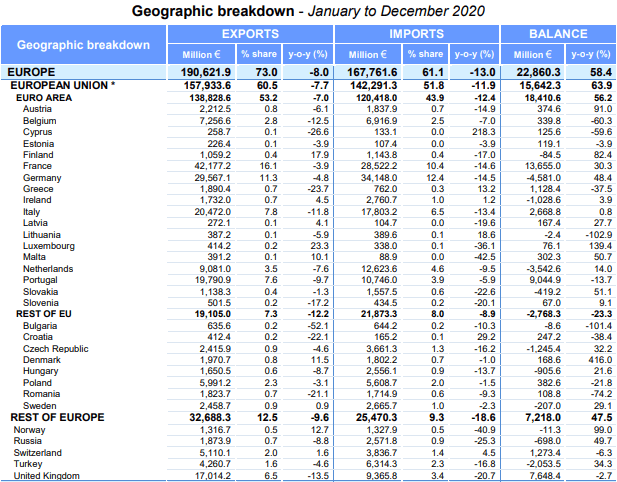 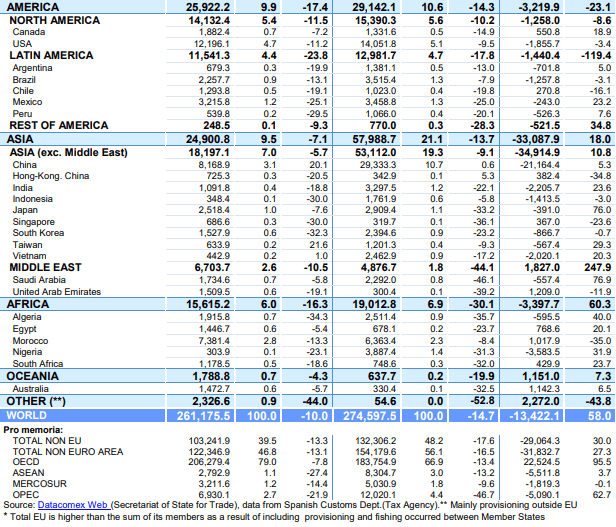 Outside the European Union, the United Kingdom‘s exports decreased 14.6%, those of the United States 12.9% and those of Japan 11.1%, while those of China increased 3.6 percent.