The volume of magnesium sulfate production grew 0.6% year-on-year in Mexico during 2020, while Peñoles is considering expanding its Química del Rey plant in that country.

According to the Mexican Mining Chamber (Camimex), the volume of production in Mexico thus reached 62,584 tons and a value of 227 million pesos.

The main market for this product is for agricultural fertilizer use and to a lesser extent multiple applications for industrial use are grouped. 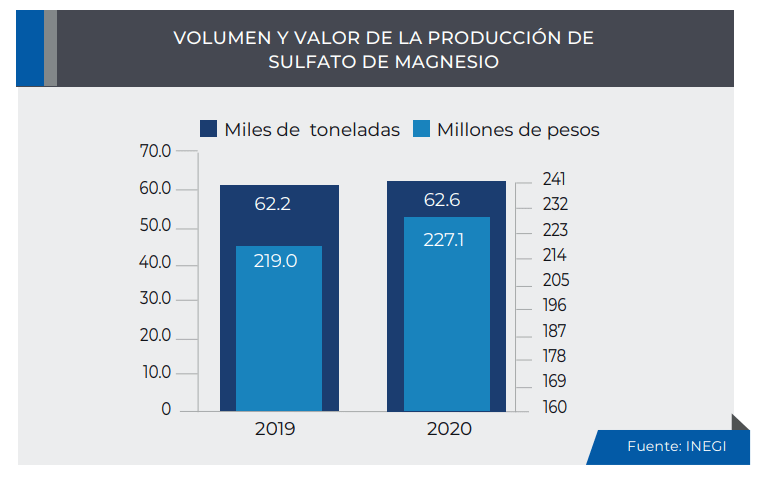 Also, globally, approximately 80% is required as heptahydrate or epsom salt, although there are also applications for magnesium sulfate monohydrate and anhydrous.

According to data from Camimex, in a period of 20 years, it happened in 2020 that only five minerals presented record productions: manganese carbonate, dolomite, molybdenum, magnesium sulfate, as well as mining-metallurgical copper.

In general, according to Inegi data, the total value of the national production of non-metallic minerals in 2020 was 16,952 million pesos, an increase of 2.5% compared to 2019.

The production of non-metallic minerals represents 6% of the total value of mining-metallurgical production (281,515 million pesos), a level similar to that of 2018 and 2019.