Latin America and, in particular, South America have a high dependence on commodity exports, highlighted a UNCTAD report.

To begin with, an important determinant of a country’s sensitivity to commodity price shocks is the share of commodities in its exports, which is the basis for the concept of commodity dependence.

So, according to UNCTAD, a country depends on export commodities when commodities represent 60% or more of its total merchandise export earnings.

According to this criterion, all South American countries, as well as Jamaica and Belize, can be classified as Commodity Dependent Developing Countries (CDDC). 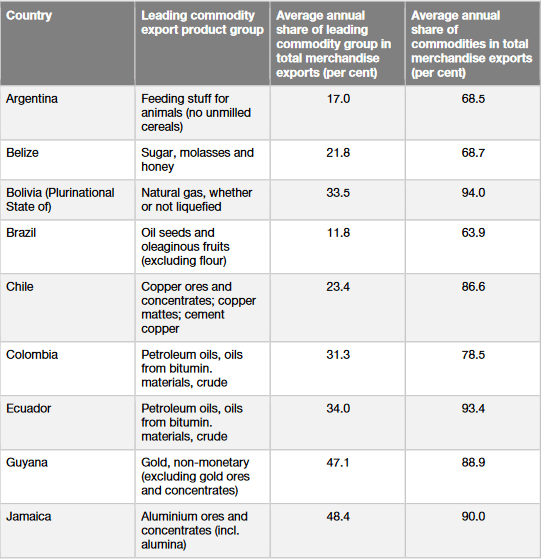 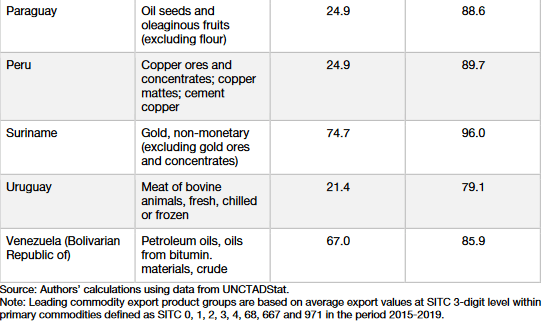 This means that 14 of the 33 countries (42%) in the Latin American and Caribbean region depend on basic products.

In addition, seven countries in the region do not reach the 60% threshold, but have a commodity share of 50 to 60 percent, so that the commodity sectors play an important role in their economies.

Second, what was extraordinary about the fall in energy prices was not only its size but also its speed: the real price fall of 61.5% in four months was identical in terms of percentage and speed (but less in terms of price falls, due to base differences) to the largest and fastest drop in energy prices so far, which occurred between August and December 2008 as a result of the global financial crisis.

Third, recent price increases for the Mining and Metals, Food and Energy groups resulted in real price levels in June 2021 never before seen since September 2011, June 2014 and October 2018, respectively.

For the group of Minerals and Metals raw materials, prices in June 2021 were 22.5% below the maximum levels reached in March 2008 before the global financial crisis.

Similarly, for the group of food products, prices in June 2021 were 25% below the maximum prices reached in June 2008.

However, energy prices are currently well below pre-financial crisis levels, partly due to the expansion of oil and gas supply over the last decade, including due to fracking.