Kansas City Southern de México (KCSM) reported that it has adapted to a series of new regulations in Mexico, including the Carta Porte.

In the second quarter of 2021, the Tax Administration Service (SAT) notified KCSM that transport companies (cargo airlines, trucks, maritime, railway, etc.) must include additional information on the bill of lading (called in Mexico as “Carta Porte”) with the invoice for all merchandise shipped in Mexico, including cross-border, international, and domestic shipments from Mexico.

The requirements and deadline for the Carta Porte were modified several times throughout 2021. 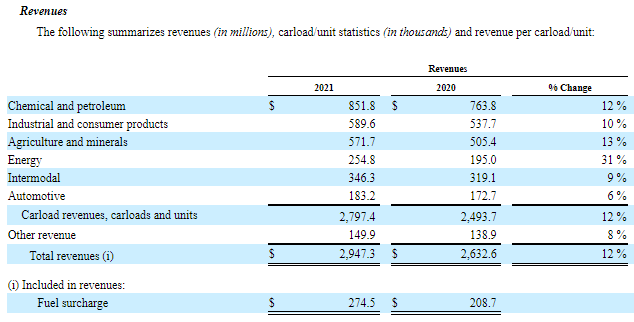 Finally, the January 1, 2022 effective date included a three-month grace period during which no penalties or fines would be imposed for inaccurate information.

Thus, KCSM, a subsidiary of Kansas City Southern, adapted its systems to meet these requirements.

Failure to comply with the Carta Porte requirements after the grace period could result in sanctions and fines imposed by the SAT, delays in shipments that congest the network, and delays in billing and cash collection.

In addition, in case of repeated non-compliance with the requirements of the Carta Porte, the SAT has the power to preventively paralyze the operations of a company.

Kansas City Southern is a holding company with domestic and international rail operations in North America that are strategically focused on the growing north/south freight corridor that connects key commercial and industrial markets in the central United States with major industrial cities in Mexico.

On the other hand, on May 5, 2021, the new legislation regarding the transportation and handling of hydrocarbons in Mexico came into effect.

This legislation addresses a wide range of issues related to the storage, transportation and handling of petroleum products, as well as the illegal importation of hydrocarbons.

The legislation is being challenged in the court system by various stakeholders and is currently subject to a court order, resulting in the suspension of the implementation and enforcement of this new law.

To date, this law has not had a material effect on Kansas City Southern or its operations.

However, Kansas City Southern continues to monitor this law and is evaluating the effect on it and its business operations.

During 2021, the Ministry of Communications and Transportation (SCT) and other relevant Mexican authorities increased import inspections and enforcement of various regulations and permit requirements related to terminal operations, with a specific focus on imports of refined products and refined fuel transshipment terminals and cargo terminals, in order to prevent illegal trade in refined fuel products.

These inspections resulted in delays related to the importation of shipments to Mexico, as well as the closure of several refined fuel terminals in the second half of 2021.

The SCT has instructed KCSM to provide rail service only to those terminals that have the corresponding permits.

If KCSM fails to comply with the SCT’s requirements, Kansas City Southern could be subject to fines and possible revocation of its concession.

As a result, KCS’s freight revenue from refined products decreased significantly in the second half of 2021, compared to the first half of 2021.