The market power of these three companies comes as a result of the recent consolidation in the seed and agrochemical industry.

Collectively, InVigor, Corteva Pioneer, and Bayer Dekalb accounted for more than 75% of total canola planted acres in Canada in 2016; according to the biotech company Cibus Global.

The value of the North American canola seed market is estimated to be around $ 1.4 billion, with approximately 94% of the market planted with biotech seeds.

In Canada, canola is the most exploited crop, and has represented a portion that borders 20% of all Canadian farmland since 2010. 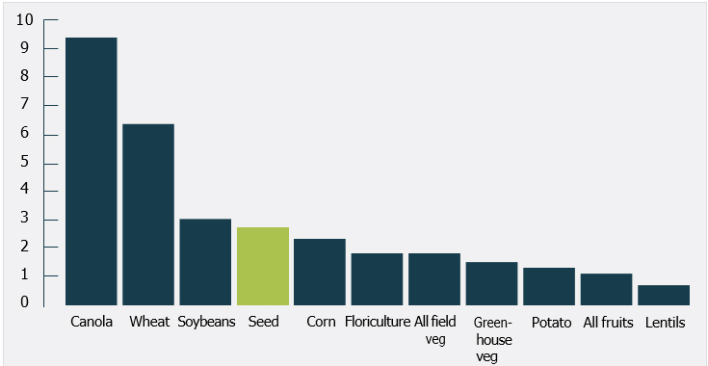 Canada is also the largest exporter of canola grains and canola oil, mainly to China, the United States and Chile.

Over the past decade, there has been significant investment in elevators, crushing and refining capacity in Canada to support the growing global demand for canola exports.

Yield increases allowed by biotech seeds have become an essential component of increased production to meet the growing global demand for canola products.

As of 2017, BASF is the only major genetic improvement company that will offer canola seeds with the pod reduction trait.

Overall, BASF reported that it develops new traits to increase yields and stress resistance in soybeans and corn.

We are also constantly improving seed genetics and trait innovations for their FiberMax and Stoneville cotton brands, for example with a proprietary herbicide tolerance product, to be launched before the mid-decade.

Finally, he stressed, the new breeding tools will continue to accelerate their innovation cycles for InVigor canola seed.