In general, during the first quarter of the year, world economic activity continued to show a gradual recovery.

However, this has occurred at a more moderate rate compared to the previous quarter and with a marked heterogeneity between countries.

Among advanced economies, the differences in the pace of recovery have been accentuated, reflecting different advances in vaccination processes and in the stimulus measures adopted. 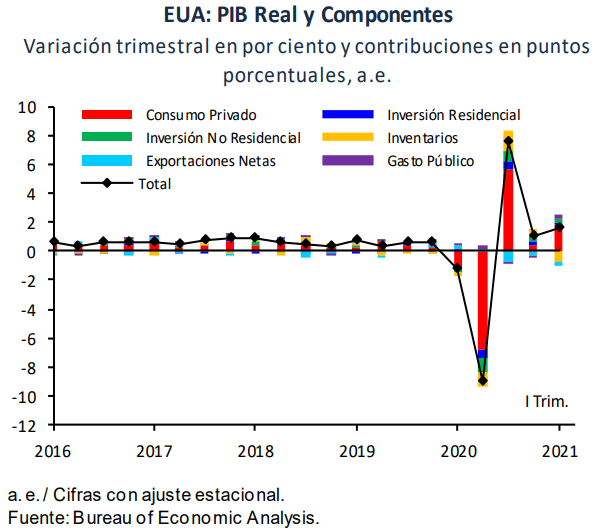 In particular, international trade and industrial production in most advanced economies continued to recover at a sustained pace, while the services sector, after a relatively slower recovery process, recently accelerated its growth rate.

Purchasing manager indices and mobility indicators suggest that manufacturing and services activity will continue to expand.

Regarding the external environment, the Covid-19 pandemic initially caused a generalized and deep drop in world economic activity.

As of the third quarter of 2020, a recovery in global economic activity has been observed, although this has been markedly heterogeneous between sectors and countries.

This heterogeneity in the recovery process has been accentuated in the first quarter of 2021.

The United States has seen a vigorous reactivation, reflecting advances in the vaccination process and the approval of unprecedented fiscal stimuli, while other advanced economies have seen slower growth and, in some cases, even a contraction.

Right there, according to Banxico, industrial production and international trade have continued to expand steadily, reaching, in general, levels higher than those observed prior to the pandemic, while the service sector has registered a slower recovery process, which has been strengthened recently. 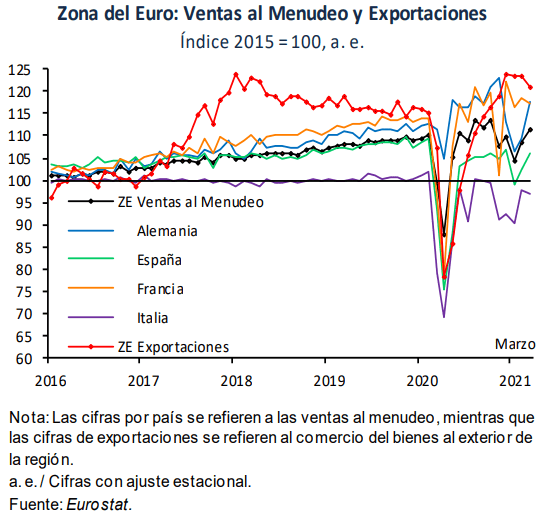 In its latest report, the Netherlands Office for Economic Policy Analysis (CPB) reported that world trade volume grew 2.2% in March compared to the immediately previous month, registering its best performance of the year. .

After rising 2.0% in January, the volume of world trade slowed to just 0.1% in February.