Inomin Mines Inc. announced the execution of an agreement to acquire the La Gitana and Pena Blanca gold and silver projects in Mexico.

The company‘s properties are located approximately 100 kilometers east of the city of Oaxaca in the prolific Gold and Silver Belt of Oaxaca, which is home to several epithermal gold and silver mines and prospects.

La Gitana is an advanced gold-silver project in which initial core drilling has delineated a significant near-surface gold-silver epithermal system.

The properties are being acquired from Gunpoint Exploration Ltd. 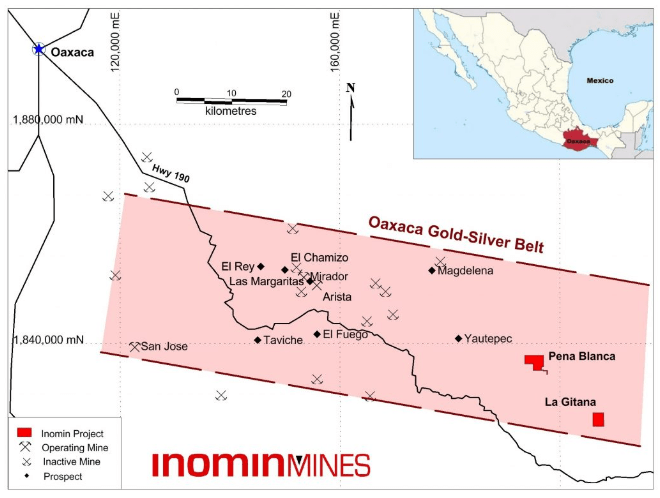 The Cerro Di Oro zone is one of the two sub-parallel mineralized alteration corridors trending to the northwest, delineated at a distance of 1 kilometer.

The drilling of 38 wells at Cerro Di Oro has defined a gold and silver mineralized epithermal zone measuring 500 meters long, 300 meters wide and 50 to 300 meters deep.