The main reason for the decline in merchandise trade volume (-0.8%) in the third quarter was due to the weakness of forecasted imports in North America and Europe, the WTO reported.

This resulted in a reduction in exports from those regions and also from Asia.

In particular, Asian imports contracted in the third quarter, but this decline was anticipated in the October trade forecast. 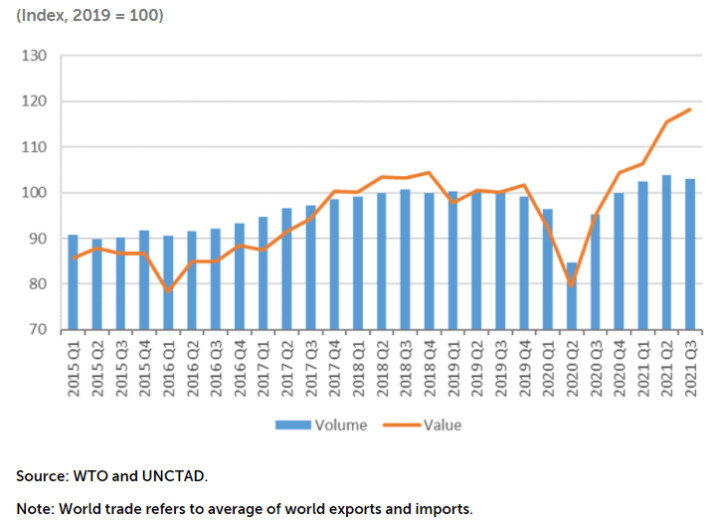 By contrast, exports increased in the Commonwealth of Independent States (CIS), including some former and associate members (3.8%), and in the Middle East (2.6%).

External purchases fell 0.5% in Europe in the third quarter, although they were expected to grow 2.6 percent.

Imports to North America increased 0.4% in the third quarter, but a stronger increase of 1.5 percent had been anticipated.

Meanwhile, shipments from South America and the Middle East increased 0.4 and 1.6 percent.

Changes in merchandise trade values ​​mainly reflect manufacturing, as this category accounts for most of the total, 71% in 2020.

Trade flows of manufactures and agricultural products increased by a similar amount in the third quarter, 21 and 18%, respectively, compared to the previous year.

Trade in fuels and mining products increased 71% during the same period, driven by a four-fold increase in natural gas prices.

For now, the emergence of the Omicron variant of SARS-CoV-2 appears to have tipped the balance of risks lower, raising the possibility of a more negative outcome.