Grupo México urged the Peruvian government to authorize the construction of the Tía María mine, a project located in Arequipa.

“We hope that the Peruvian government recognizes the important advances that the project has had in the social sphere and the important contributions that Tía María will generate for the Peruvian economy and, consequently, take the necessary measures to start construction,” said the company.

As of July 8, 2019, Southern Copper Corporation has been granted the construction permit for this 120,000 tonnes per year SX-EW copper greenfield project with a total capital budget of $ 1.4 billion.

The Peruvian government has already granted the permit after completing an exhaustive review process, complying with all the established regulatory requirements and addressing all the observations raised.

Grupo México has constantly worked to promote the well-being of the population of the province of Islay.

As part of these efforts, the company has implemented social programs in education, health and productive development to improve the quality of life in the region.

Also, according to their arguments, Grupo México has promoted agricultural and livestock activities in the Tambo Valley and has supported the growth of manufacturing, fishing and tourism in Islay.

Grupo México believes that the start of construction activities in Tía María will generate important economic opportunities for the province of Islay and the Arequipa region. 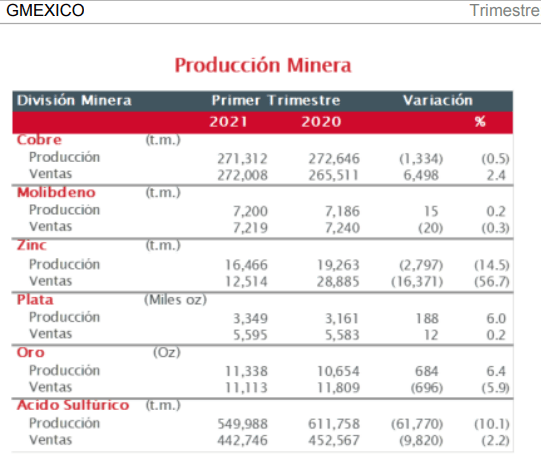 In addition, from the first day of its operations, the company will generate “significant contributions” to income in the Arequipa region through royalties and taxes.