As of December 31, 2020, the company had 15 production plants in operation in Mexico, nine in Brazil, two in the United States, one in Guatemala, and two in Nicaragua.

All these plants are owned by Grupo Lala.

In particular, the plants dedicated to the production of Pasteurized Milk, UHT and pasteurized beverages are located in: Mexico, in the cities of Torreón, Irapuato, Aguascalientes, Mexico City, Guadalajara, Tecate, Veracruz, Ciudad Obregón; Brazil, in the cities of Sao Paulo and Barra de Pirai; in the United States, in Colorado; Nicaragua, in San Benito, and in Guatemala, in Palín.

The company markets a wide variety of dairy products, mainly under the LALA, Nutrileche (recently redesigned under the Nutri label) and Vigor brands.

Likewise, Grupo Lala has more than 56 brands in the categories of milk, yoghurts, cheeses, creams, desserts, sausages and juices, among others.

According to Kantar World Panel, the LALA and Nutrileche brands are positioned as the third and fourth most chosen consumer product brands in Mexico, respectively.

In addition, in the Brazilian market, through Vigor, the company has a wide portfolio of dairy products, especially yogurt, cheese, butter and other derivatives marketed, among others, under the brands Vigor, Danubio, Faixa Azul, Serrabella, Leco and Amelia.

Grupo Lala’s plants dedicated to derivatives are located in: Mexico, in the cities of Torreón (Industrial Complex) and Irapuato; in Brazil, in the nine plants located in the states of Sao Paulo, Rio de Janeiro, Minas Gerais and Goiás; in the United States, in Omaha, and in Central America in Nicaragua (San Benito and Altagracia) and in Guatemala in Palín.

Specifically, the plant located in Gómez Palacio, Durango, functions as a milk and cream collection and standardization center for Grupo Lala’s operations in Mexico.

Meanwhile, a plant dedicated to the production of sausages is located in the city of Tizayuca, Hidalgo, Mexico.

On the other hand, the Grupo Lala Research and Development Center is located in Torreón, within the industrial complex.

In this center, new formulas are developed for the company’s current portfolio, as well as for new launches.

To conclude, the packaging manufacturing activities are carried out at the Envases Tecnopak plant, located in Mexico in the city of Torreón. 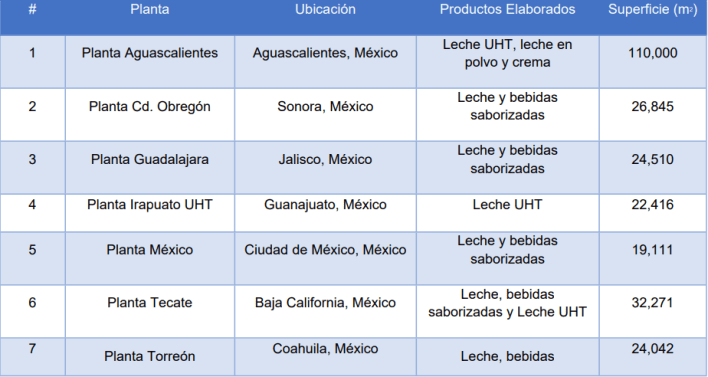 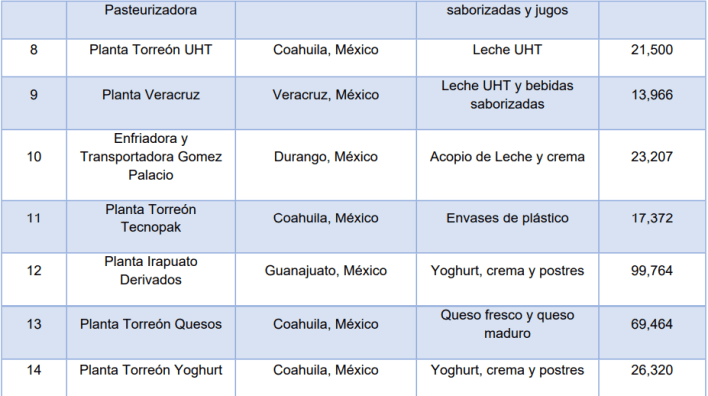 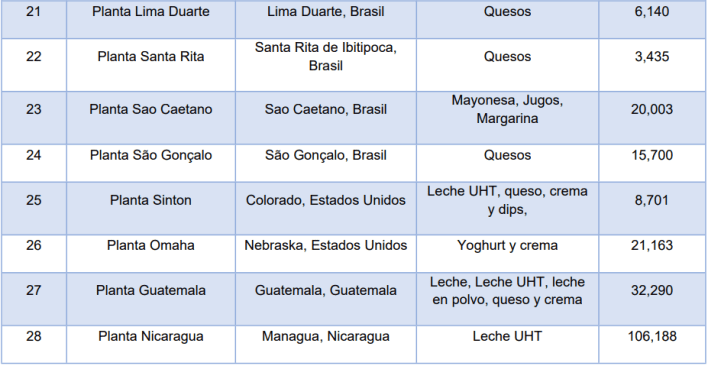