The Mexican company Gruma invested 63 million dollars in the second quarter of 2021, mainly in Spain and the United States.

During the quarter, the main projects were:

Construction and increase of production capacity in the new tortilla plants in Indiana and Spain. 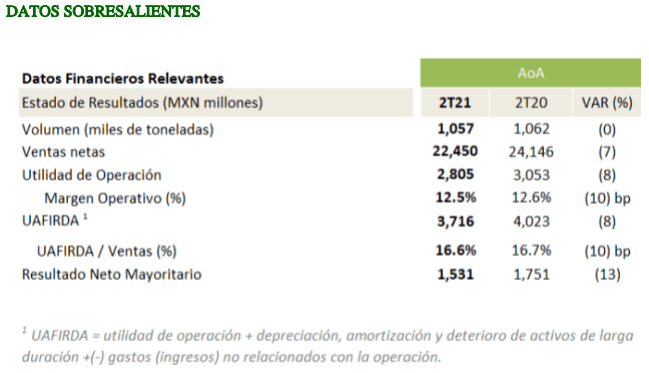 Maintenance and technological improvements in general throughout the company.

Gruma is also an important producer of nixtamalized corn flour and tortillas in Central America, of tortillas and other flat breads (including pitta, naan, chapati, pizza bases and piadina) in Europe, Asia and Oceania, and of corn grits in Europe. and the Middle East.

In 2020, the company achieved net sales of approximately $ 4.6 billion, of which 76% came from operations outside of Mexico.

For the last three years, from 2018 to 2020, the company’s investments in the United States were $ 198 million, mainly for capacity expansions and general production and technology improvements.

Gruma USA’s estimated investments for the year 2021 are expected to be approximately 185 million dollars, mainly in the construction of the new tortilla plant in Indianapolis, Indiana; for increases in production capacity; and continue to increase the capacity of the tortilla plant in Dallas, in addition to various improvements in manufacturing and technology.

The investments for the last three years in this continent were of 79 million dollars, mainly for the construction of a tortilla plant in Russia and automation in the packaging area in the tortilla plants in the United Kingdom and Holland, in addition of capacity expansions in Spain.

Gruma’s estimated investments in Europe for 2021 are expected to be approximately 76 million, mainly to increase production capacity at one of Spain’s tortilla plants, as well as improvements in manufacturing and technology.

To conclude, investments for the last three years in Mexico were 75 million dollars and were mainly used for technological improvements, maintenance, expansion of storage capacity and purchase of transportation equipment.

GIMSA currently estimates that total investments in Mexico during 2021 will be approximately $ 28 million, which will be used mainly to expand the production capacity of a plant in the northeast region, as well as general production and technology improvements.