Gold exports accounted for 38.0% of the Dominican Republic‘s exports and 10.8% of its total exports in 2021, reported the World Trade Organization (WTO).

The country’s mining sector has seen significant development during the period under review, particularly in relation to the exploitation of gold and silver deposits. 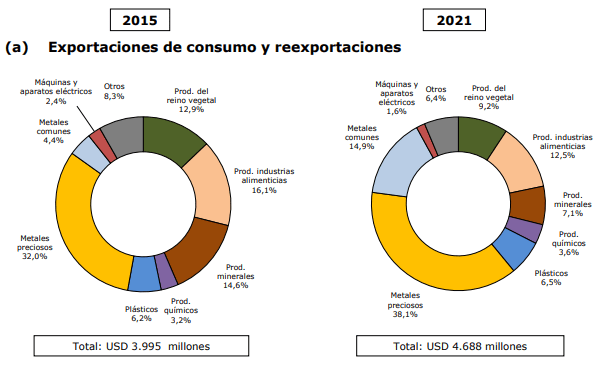 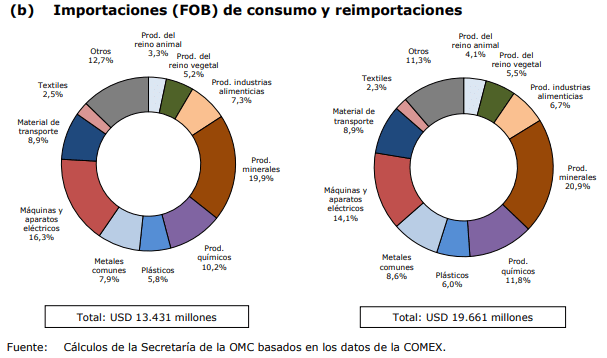 Foreign investment has played an important role in the development of these activities, which have turned the Dominican Republic into one of the main gold exporters in the region.

The main mining centers are located within fiscal reserves, and their exploitation is governed by special contracts concluded under the Mining Law.

While the production of base metals and their manufactures rebounded considerably and went from representing 4.4% of national exports in 2015, compared to 14.9% in 2021, the share of manufactures in total exports remained above 50%.

There is also non-metallic mining activity, albeit on a smaller scale, and during the 2015-2022 period, efforts have been made to promote the valorization and export of certain processed products.

In 2019, the Dominican Republic awarded the first concession for the exploitation of hydrocarbons.

Regarding the composition of national merchandise exports, it is observed that the share of products from food industries continued to decrease, from 16.1% of the total in 2015, to 12.6% in 2021.

In the free trade zones, manufactures accounted for the vast majority of total exports in 2021, as was the case in 2015.

The Dominican Republic is a middle-income country with a GDP per capita of about USD 9,000 in 2021.