At the same time, month-on-month growth moderated from 7.9 to 1.7 percent.

While the global air travel recovery continued before the Omicron outbreak, it was slower than in previous months. 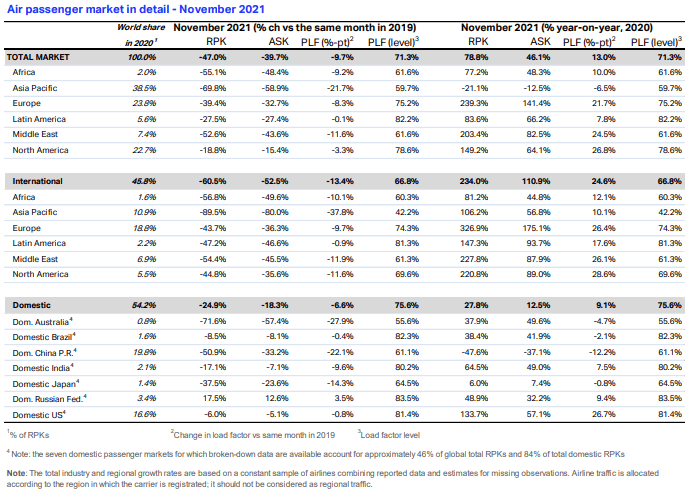 In general, international RPKs maintained their upward trend with improvements recorded in all regions.

According to IATA, passenger numbers could remain resilient in December as people traveled to see friends and family.

However, the appearance of the Omicron variant has led to a drop in international ticket sales in recent weeks, adding to the uncertainty surrounding a substantial RPK upgrade in early 2022.

Thus, the momentum in the recovery of the global airline industry has slowed.

The recovery in air travel continued in November before the Omicron outbreak, but the improvement in traffic was smaller than in previous months.

However, domestic traffic weakened, largely due to events in China.

The emergence of the Omicron variant in late November and related travel restrictions resulted in flight and travel cancellations, negatively impacting RPKs on some routes at the end of the month.

But IATA considers that it is necessary to wait for the December and January data to better understand the full impact of the new tension in air traffic.