Germany is the largest economy in Europe and the fourth largest in the world.

It is also the third largest exporting country and the fourth largest manufacturer.

On the contrary, German exports from January to March 2021 were for 332.6 billion euros, an advance also of 2.4 percent

Thus, the foreign trade balance showed a surplus of 51,200 million euros as of March 2021.

Behind the United States and China, Germany ranks third among the world’s largest product importers.

Similarly, with 1.38 trillion dollars, Germany is in the third place among the largest exporters of products globally, behind China and the United States.

The German current account of the balance of payments showed a surplus of 30.2 billion euros in March 2021. 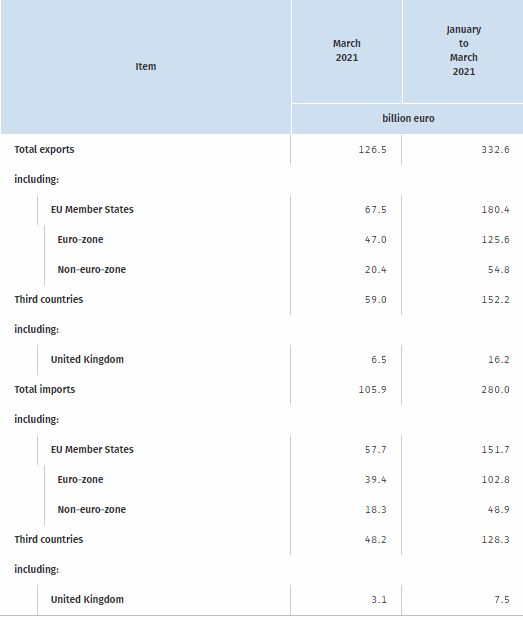 For their part, exports increased 16.2% in the same month, to 126.5 billion euros, according to data from the Federal Statistical Office (Destatis).

Compared with March 2020, exports to EU countries increased 21.2% and, conversely, imports from those countries 18.4%.