At a month-on-month rate, these sales climbed 0.3%, according to data from the Federal Statistical Office (Destatis).

The main export markets for these goods were the United States, China, France, the Netherlands and the United Kingdom.

The rebound in German exports is a sign that demand from the rest of the world is recovering from the Covid-19 pandemic. 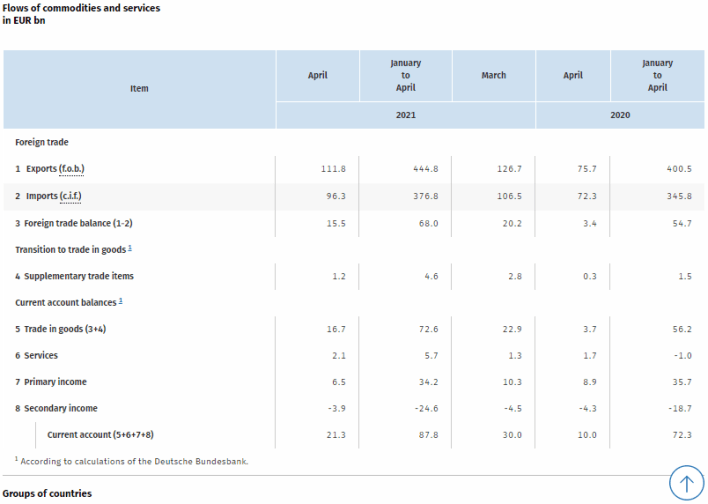 Conversely, imports to Germany were € 96.3 billion in April, an increase of 33.2 year-on-year.

But at the month-on-month rate (compared to March 2021), German imports fell 1.7 percent.

Among the most imported products by the Germans are: cars, medicines, auto parts, oil, computers and telephones.

Such products arrive mainly from China, the Netherlands, the United States, Poland and France.

According to the German Federal Bank (Bundesbank), exports of goods by German companies increased sharply in real terms in the first quarter of 2021.

In geographical terms, the value of exports increased across the board.

Deliveries to the UK were an exception, with a fairly substantial quarter-on-quarter drop after the end of the transition period ensuring reciprocal market access under the EU single market rules.

Disaggregated by category of goods, price-adjusted exports of intermediate goods registered a significant increase, according to the figures available up to February.

On the other hand, capital goods exports continued to increase notably, despite the decline in motor vehicle exports.