The Brazilian company Gerdau reported that of its total steel production, it exported 16% in 2020 and, consequently, the remaining 84% was destined for the domestic market in Brazil.

Based in Porto Alegre, Gerdau is a leader in the production of long steel in Latin America and North America and one of the largest suppliers of specialty long steel.

Even better, Gerdau obtained a net profit of 2,388 million reais last year, a growth of 96.2% year-on-year.

In the Brazil Business Segment, the company minimizes delays by delivering its products directly to customers through outsourced companies under the supervision of Gerdau.

Sales trends in both the domestic and export markets are forecast on a monthly basis.

Permanently, the Brazilian Business Segment uses a proprietary information system to stay updated on market developments so that it can respond quickly to fluctuations in demand.

Gerdau believes that its flexibility to switch between markets (Brazilian and export) and its ability to monitor and optimize inventory levels for most of its products according to changing demand are key factors for its success.

The company is mainly dedicated to the production and commercialization of steel products in general, through its plants located in Argentina, Brazil, Canada, Colombia, the United States, Mexico, Peru, the Dominican Republic, Uruguay and Venezuela.

In particular, the company is one of the world’s leading suppliers of specialty steels for the automotive industry.

Gerdau also produces flat steel and iron ore in Brazil, activities that are expanding the company’s product mix and the competitiveness of its operations. 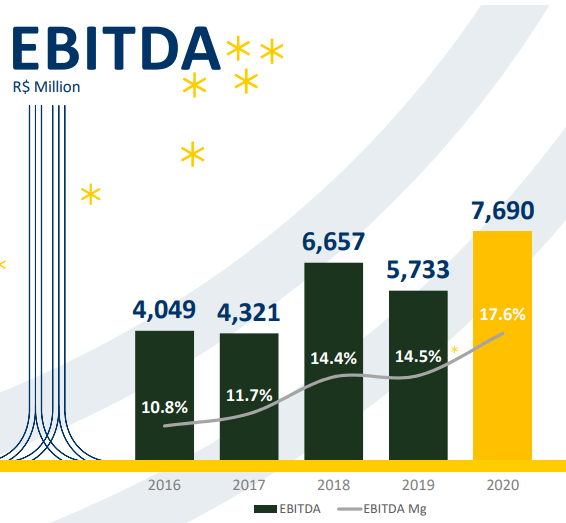 Furthermore, Gerdau is one of the largest recyclers in Latin America and, worldwide, annually transforms millions of tons of scrap into steel.

Gerdau has a significant market share in the steel industries of almost every country where it operates and was ranked by the World Steel Association as the 30th largest steel producer in the world based on its consolidated crude steel production in 2019, the Most recent year for which information is available.