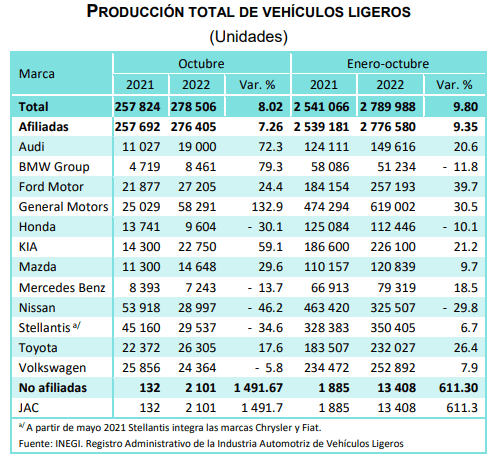 According to Lear Corporation, due to global economic conditions in 2020, largely as a result of the Covid-19 pandemic, the automotive industry experienced a decline in global customer sales and production volumes.

Production disruptions continued in 2021 and continue into 2022, again largely due to the ongoing impact of the pandemic, particularly through supply shortages and, to a lesser extent, the resurgence of the virus in China with corresponding government “stay-at-home” orders, as well as the conflict between Russia and Ukraine.

The most significant supply shortage relates to semiconductor chips, which is affecting global vehicle production and leading to reductions and cancellations of planned production.

In addition, Lear exposed that increases in the costs of certain raw materials, as well as transportation, logistics and utility costs, are also impacting, and will continue to impact, the company’s operating results for the foreseeable future.

In 2021, global supply chains continued to be the main transmission channel for the pandemic’s impact on world trade.

On the supply side, factories in countries important to global trade such as China, South Korea, Malaysia, Vietnam and Taiwan, as well as in European countries such as Germany, were affected by the spread of the pandemic and forced to shut down or reduce production.

In response, shipping companies reduced their schedules in anticipation of a drop in demand for goods worldwide.

In addition, supplies were reduced, which caused a delay in shipments to various industries such as the automotive and computer equipment industries.