The G20 reduced the facilitation measures for foreign trade in goods implemented between mid-May and mid-October 2020, the World Trade Organization (WTO) reported.

The commercial coverage of the “regular” import facilitation measures introduced during the five-month period, that is, those not related to the Covid-19 pandemic, was reduced to $ 36.8 billion (compared to $ 735.9 billion in the previous period). 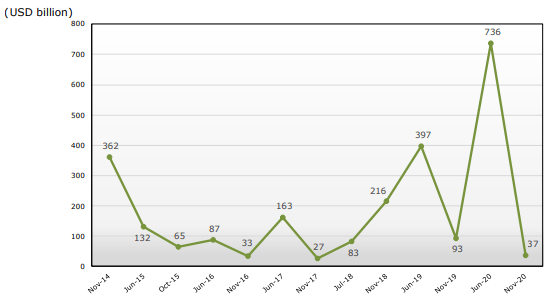 As in previous periods, the reduction or elimination of import tariffs constitute the bulk of trade facilitation measures.

On the export side, important measures included the reduction of export duties and the elimination of prior export authorizations. 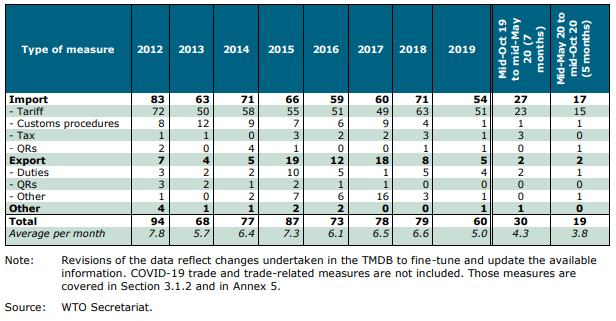 Trade coverage of the import facilitation measures introduced during the review period was estimated at $ 36.8 billion (excluding ITA-related measures), or 0.25% of the value of G20 merchandise imports.

The HS chapters in which most of the trade facilitation measures were adopted include electrical machinery and its parts (SA 85) 24.7%, machinery and mechanical devices (SA 84) 16.4%, pharmaceutical products (SA 30) 11.8% and vehicles and parts (SA 87) 11.7 percent.

These figures are estimates and represent the trade coverage of the measures (that is, the annual imports of the affected products from the economies affected by the measures) and not the cumulative impact of the trade measures.

The liberalization associated with the 2015 Extension of the WTO Information Technology Agreement is not included in the figures. Covid-19 trade and trade-related measures are not included.