An analysis by the European Parliament concluded that there is “little convergence” on the path of an FTA between ASEAN and the European Union (EU).

In recent years, various statements have been made regarding the intention to reopen bi-regional negotiations, for example, at the 14th consultation of the ASEAN Economy Ministers and the EU Trade Commissioner in March 2016.

Since March 2017, the European Commission and the members of the Asian bloc have carried out a balance exercise to assess the prospects of resuming the talks.

The Joint Working Group, charged with developing a framework that establishes the parameters for a future agreement, meets regularly.

In the 2019 joint declaration published on the occasion of the 22nd EU-ASEAN Ministerial Meeting, both blocs reaffirmed their commitment to the future EU-ASEAN FTA.

During his October 2020 hearing in the European Parliament, before taking over the commercial portfolio on a permanent basis, the Executive Vice-President of the Commission, Valdis Dombrovskis, stated that, to date, there has been little convergence between the two parties, as well as within ASEAN, on the scope of the agreement; however, given the importance of the region, commitment to the process will continue. 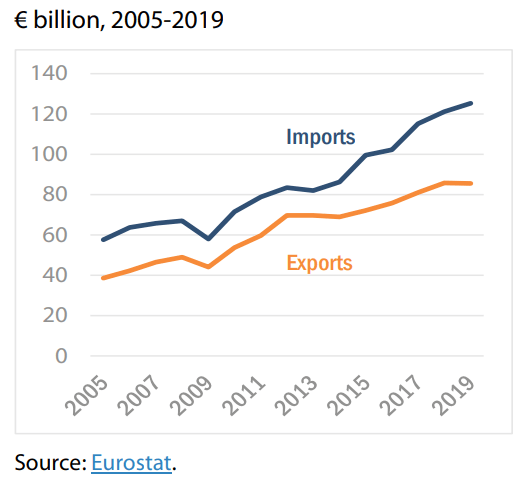 It is currently made up of 10 countries in the Southeast Asia region: Malaysia, Indonesia, Brunei, Vietnam, Cambodia, Laos, Myanmar, Singapore, Thailand and the Philippines.

The region is a key hub for the transit of European goods and has an important position in regional supply chains.

In addition to the agreements concluded individually by its member states, this Asian bloc has signed FTAs ​​with China, Hong Kong, Japan, Korea and India, and jointly with Australia and New Zealand.

ASEAN member states are among the 15 countries that concluded text-based negotiations in 2019 for a Regional Comprehensive Economic Partnership (RCEP) agreement, and four of them (Brunei, Malaysia, Singapore and Vietnam), are also members. of the Comprehensive and Progressive Treaty of Trans-Pacific Partnership (TIPAT), in force since 2018.