Freightliner led heavy vehicle production in Mexico with a total of 6,633 units in April, an increase of 745% year-on-year.

Inegi released the results of the sector, with data from nine companies affiliated with the National Association of Bus, Truck and Tractor Producers (ANPACT).

Then International was positioned, with 4,383 million dollars, 140% more at an annual rate.

The growths are high because they are compared to a very low base due to the greater effects that occurred due to the Covid-19 pandemic in April of last year. 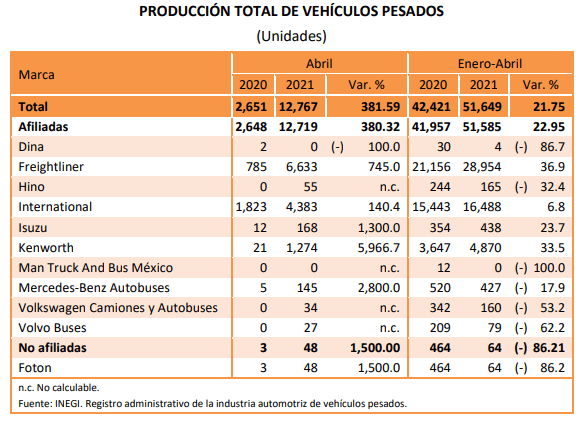 In particular, the trucking business competes on many dimensions, including customer service, price, ease of doing business, uptime, and parts availability.

Additionally, according to Navistar International, the markets in which the trucking segment competes are subject to considerable volatility and fluctuation in response to cycles in the general business environment. 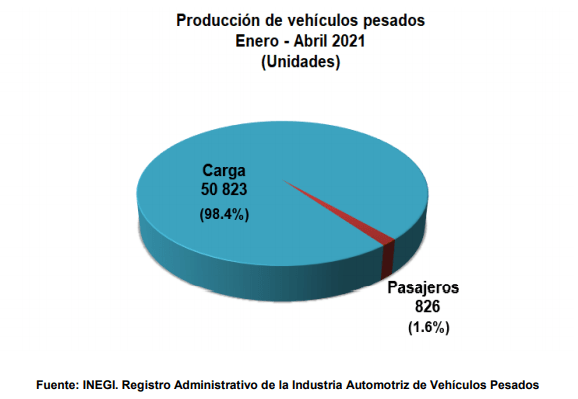 These markets are particularly sensitive to the industrial sector, which generates a significant part of the cargo tonnage transported.

Government regulation has also impacted, and will continue to impact, truck operations, as well as the efficiency and specifications of transportation equipment.

The Class 4-8 truck and bus markets in North America are highly competitive.

The main competitors controlled by the United States include Navistar; PACCAR Inc., which sells vehicles with the Kenworth and Peterbilt nameplates in North America, and Ford Motor Company. 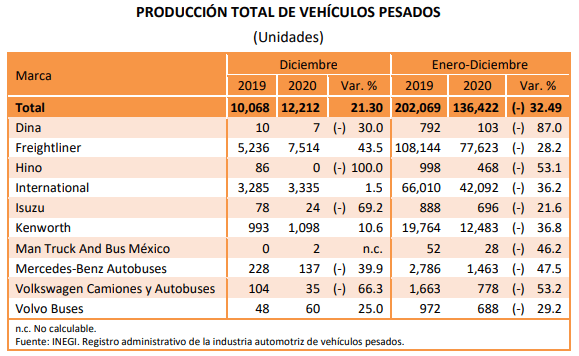 In Mexico, the main competitors are International, Kenmex (a subsidiary of PACCAR) and Freightliner.