In general, FDI is an investment made by an entity resident in one economy that represents a lasting interest, defined as 10% or more of voting property, in a company resident in another economy.

The result reflected a $ 95.7 billion increase in the position in Europe, mainly in the United Kingdom and the Netherlands.

By industry, manufacturing affiliates accounted for most of the increase in FDI.

Multinational corporations (MNEs) in the United States invest in almost all countries, but their investment in subsidiaries in five countries accounted for more than half of the total position at the end of 2019.

The United States’ FDI position abroad remained the largest in the Netherlands, with $ 860.5 billion, followed by the United Kingdom ($ 851.4 billion) and Luxembourg ($ 766.1 billion).

By industry of the directly owned foreign affiliate, FDI was highly concentrated in holding companies, which accounted for almost half of the overall position in 2019. 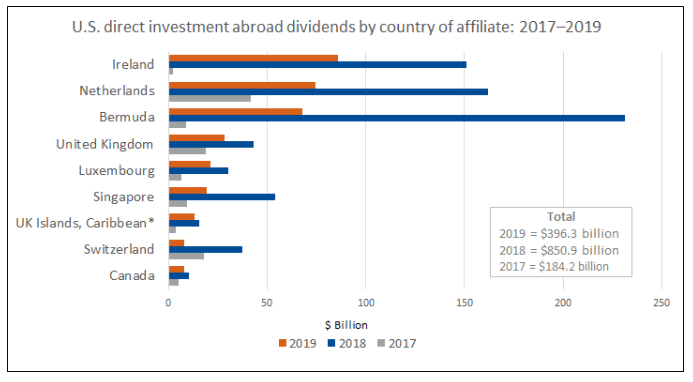